Singing’s a handy way to keep bugs at bay 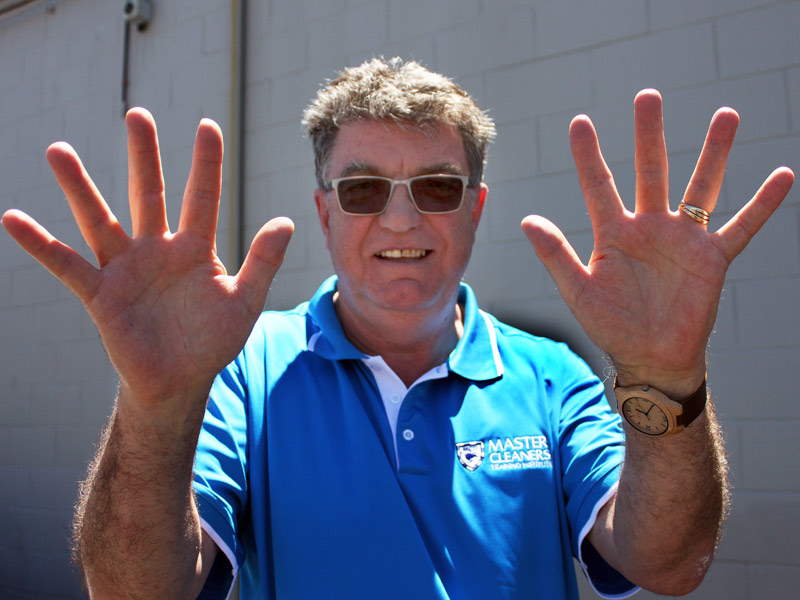 If you hear Adam Hodge piping up to sing Scotland’s national anthem there’s every chance he’ll be washing his hands.

Adam is CrestClean’s training guru and the Master Cleaners Training Institute’s CEO is backing a move in the UK to encourage people to wash their hands for the length of time it takes to sing the first verse of their national anthem.

Britain’s deputy chief medical officer Dr Gina Radford has warned that most people did not wash their hands for long enough and many did not bother to use soap.

Failure to carry out this ‘’basic hygiene’’ was causing people to pick up common infections and contributing to the growing problem of antibiotic resistance, she cautioned.

Patriotic Scotsman Adam was all for anything that encouraged people to wash their hands properly. But he said he would more likely break into the first verse of his native national anthem than Britain’s God Save the Queen.

“I would be singing the Flower of Scotland if I were to sing as I washed my hands. It’s lovely anthem and probably a bit longer than God Save the Queen, so my hands would be pretty clean by the end!” he added.

Adam said few people wash their hands properly – but the benefits of time spent correctly carrying out the task were huge.

“We’re all in so much of a rush these days. Really there’s no excuse as there is usually hot water and soap available it’s just we want to be somewhere else and don’t bother to spend the time washing our hands thoroughly.

“Proper hand washing would help to stop cross contamination and go some way to alleviate people picking up everyday bugs.

“It’s a simple as good old soap and water between your fingers and time spent washing your hands and then making sure you dry them.”

Speaking at an International Longevity Centre debate in London on the problem of antibiotic resistance, Dr Radford said it could be combatted if everybody tried to avoid picking up infections in the first place.

She complained that most people did not help themselves or others because they did not bother to wash their hands properly after going to the toilet or before eating.

“On a day to day basis, you should wash your hands with soap and water for the length of one verse of God Save the Queen or two times through Happy Birthday,” she added.

Singing the first verse of God Save the Queen or Happy Birthday twice takes 30 to 45 seconds, depending on your singing speed.

Dr Radford’s comments follow those of her boss, chief medical officer Professor Dame Sally Davies, who has been dubbed the British Government’s ‘’nanny-in-chief’’ for her strict instructions about personal health.

She has told people not to drink any alcohol or tea and get off the bus a stop early. Earlier this month she ordered Britons to stop ‘’grazing’’ from the fridge.

Health chiefs in Britain have warned the overprescribing of antibiotics has caused bacteria to evolve into ‘’superbugs’’ which are immune to treatment. It’s feared that infections could kill more people than cancer within a few decades.