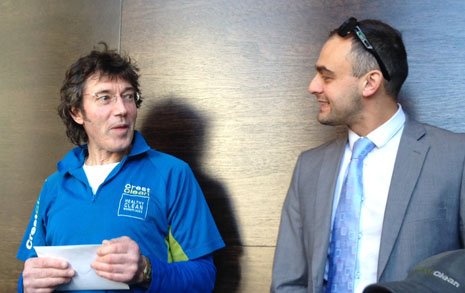 Dunedin Franchisees have given generously to assist a fellow Franchisee, John Corboy, while he undergoes invasive liver surgery.

Tony Kramers, CrestClean’s Regional Manager for Dunedin and Central Otago, circulated the story among his franchisees and raised $1350 in cash donations for John, who will be unable to work for at least six weeks, but still has rent and bills to cover, as well as travel expenses to Auckland for the operation.

“It was just amazing. I expected to get maybe $500 to $600,” says Tony. “Some of the franchisees running the smallest businesses gave the largest amounts.”

John’s operation will repair damaged ducts, complications from a previous liver transplant. “He’s confident that he’s going to come out good, but there are risks. Hopefully he’ll be fixed forever,” says Tony. 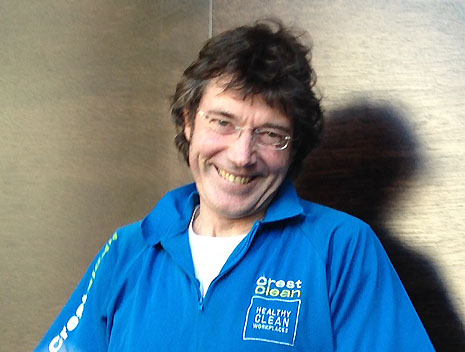 The donations were presented to John at a morning tea, at which Dunedin Franchisees gathered to wish him well ahead of his trip to Auckland for the operation. “It was designed to be a surprise,” says Tony. “He’s a very humble man and doesn’t take donations for anything. Last week, when he had to go to Auckland to see his doctors, I had other franchisees cover his jobs for him, and they never charged him for it.”

Prior to his illness, John was very involved in Dunedin’s surf lifesaving and raising his two teenage kids. He purchased a CrestClean franchise two years ago and, says Tony, “He’s made a lot of friends within CrestClean.”

“John loves what he does at Crest. He was thankful for all the support he’s received. Since his illness began, we’ve restructured his whole schedule so a lot of his contracts are only once or twice a week. We’re making sure his health is number one.”

Dunedin Franchisees will continue to clean for his customers while he’s recuperating and the cash donations will help cover his loss of income during that time. Anyone interested in helping John may contact Tony via email at tony@crestclean.co.nz for details. 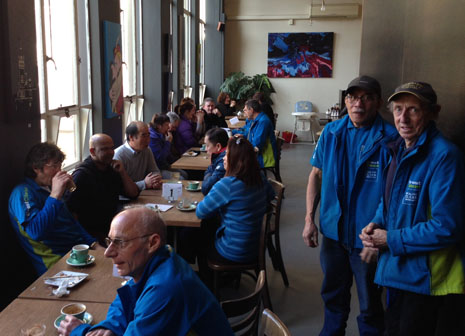 Dunedin Franchisees gathered for morning tea and to wish John a speedy recovery.