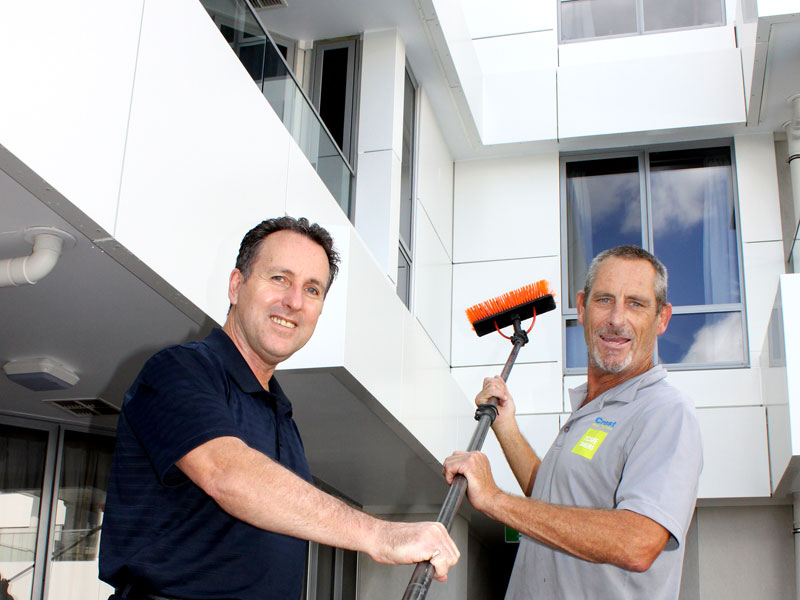 The Anchorage has recently undergone a major facelift with the completion of multimillion dollar project to reclad the15-year-old Mount Maunganui building.

He says it’s critical to have the building regularly cleaned to remove the build-up of surface residue and dirt not washed off by rain.

“The building is close to the port, close to the sea and it’s a complex building as well. It’s not as if rain can do the job. You have to get in there and make an effort to keep it clean.

“It has a lot of nooks and crannies and different cladding products and a lot of glass.”

He says keeping the building clean was not just a cosmetic exercise. “It protects the investment for the people who live here.”

Shane says he’s been impressed by the work carried out at The Anchorage by Crest’s team of experienced operators. The Pure Water System provides cost effective, chemical-free cleaning solutions for buildings up to five storeys high.

“We actually tendered it and we had a couple of people have a look at it but there was a clear winner and that was Jan and his team. No doubt about that.”

The twice-yearly exterior clean of the complex would ensure it kept its “brand new” appearance, he said. “We actually think the costs are so reasonable that if we need to get it done more than that we’ll just pick up the phone and get Crest back on site.”

He says a proactive approach to maintaining the building’s exterior by a regular cleaning programme made sense and was in the interests of all apartment owners.

“You have to be proactive on such things. It’s very easy to just slip by a couple of years and a clean becomes more difficult.”

He says CrestClean had done an excellent job at The Anchorage and had worked in with everyone there to ensure the job was done without disruption to residents of the 68 private apartments.

“I’ve got admiration for Jan and his team, it’s a job well done.”

Jan Lichtwark, CrestClean’s Tauranga Regional Manager, says there is a growing demand for exterior cleaning, particularly on buildings in the Tauranga area that had been reclad following watertight issues.

“A lot of new cladding systems insist that to keep their warranties they should not be cleaned with strong chemicals or powerful detergents.

“Our Pure Water System is so efficient it doesn’t need any detergents or cleaning agents and hence it won’t damage any surfaces.

“It’s quite labour intensive but the guys work quickly and efficiently. They can go up to five storeys high using inline pumps if necessary to reach upper floors.” 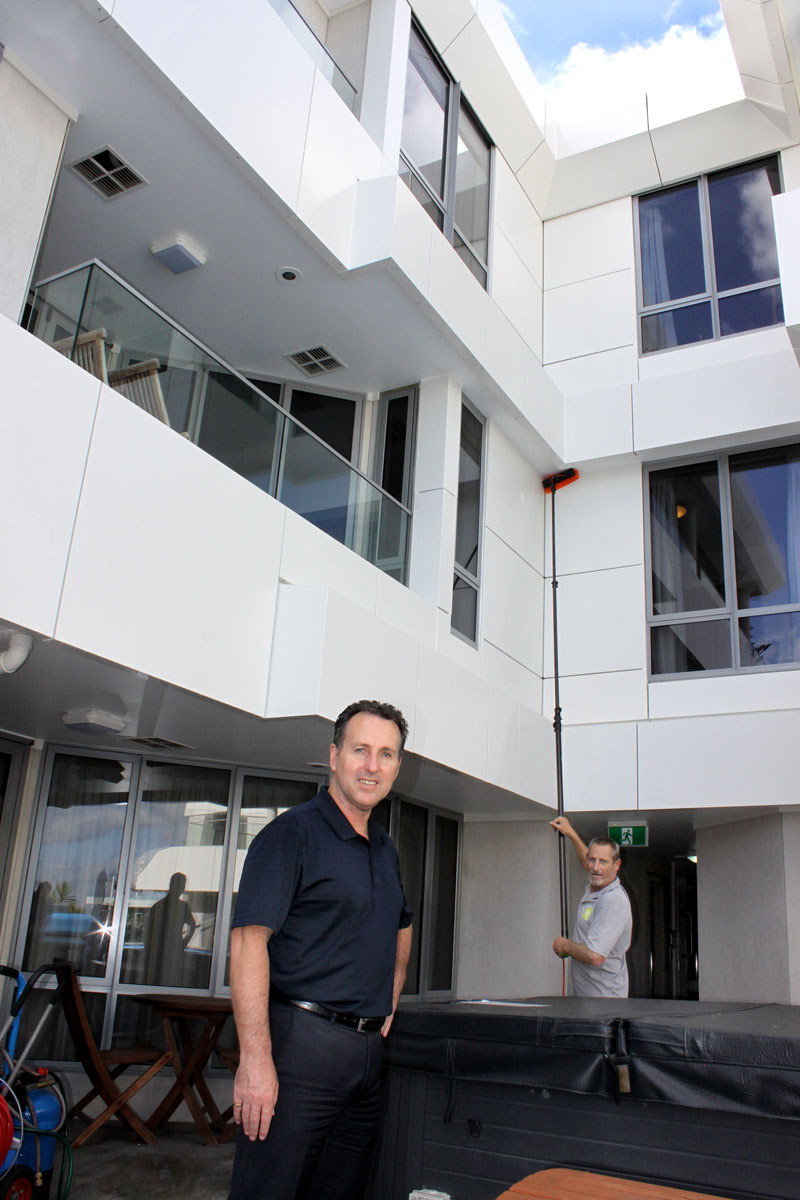 Shane Kennedy is delighted with the exterior cleaning by CrestClean. 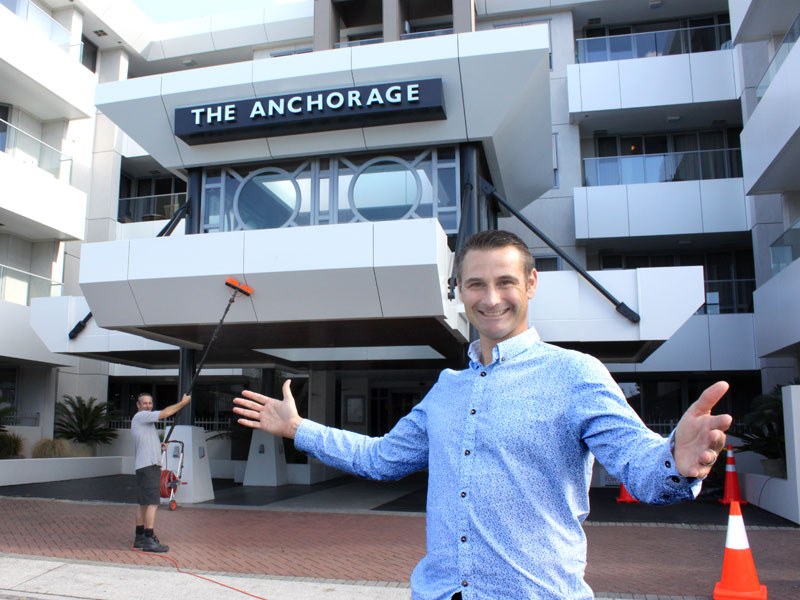