Crest’s classroom award gets a big tick from principal 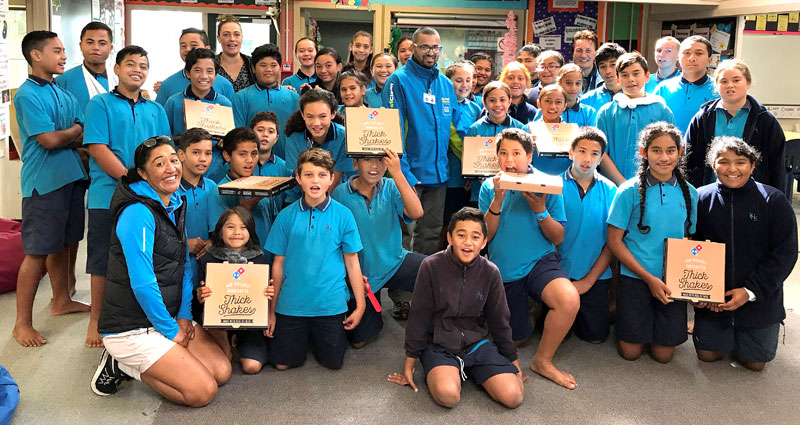 It’s not only the kids who have been swept up by the excitement of being involved in CrestClean’s Cleanest Classroom Award.

Principal Charlotte Castle says everyone at Red Hill Primary School has been totally captivated. “It’s competitive among the kids but also among the staff. It’s become quite infectious!”

The competition is run at many of the 430 schools that are cleaned by CrestClean business owners. The classroom that is kept the cleanest in the school is rewarded with a certificate and pizza at the end of term.

“Each week there’s a competition to see who has the cleanest classroom,” says Charlotte. “It’s done on Monday at the beginning of each week. It works an absolute treat.

“Our juniors and seniors have really got involved. It has impacted right across the school, even as far as the outside spaces as well.”

The school’s cleaning duties are taken care of by CrestClean’s Mohammed Ashad, who makes a note which classrooms are the tidiest.

Charlotte says pupils and staff members are vigilant in keeping their classrooms and floors rubbish-free at the end of each school day.

“They are picking up everything that they see that could possibly influence Mohammed when he comes into their rooms.”

But it’s not just the classrooms that are being kept tidy at Red Hill Primary School. Bathroom areas, often left in a messy state, have seen a big improvement from kids vying to win the competition, says Charlotte.

“Year 7 and 8s are normally notorious for toilets. It’s just something they do. We said to them, ‘look, your toilets are included in this competition’.”

The improvement in the cleanliness of loos has been remarkable, says Charlotte. “Their toilets are probably the cleanest that we’ve ever had them. It’s made a huge difference to the school and to the kids. It’s about pride in our space.”

“The kids just want to keep everything tidy and clean. They leave the classroom floors very clean. I can just start the vacuuming right away,” he says.

“The toilets are left in a tidy condition. It means we save time and we can do extra cleaning tasks in other areas of the school.”

Handing out the pizza prize to the competition winners was a highlight for Mohammed. “The kids were happy and they were all jumping up and down.”

Keeping his customers happy is an important part of running a successful business, he says. “If you do a good job and you get good feedback it makes you proud and very happy.”

Charlotte says she’s delighted with the quality of the cleaning service provided by Mohammed and his wife Shamina Aiman.

“He’s friendly, approachable and there’s nothing that’s ever too much to ask. It’s like he’s part of the staff.”

And the Cleanest Classroom Award dovetails with the school’s ethos, says Charlotte.

“It’s neat to see the kids rewarded, but you’re rewarding consistency. It links really well with our school values. It’s a life skill that children will learn and take into adulthood.”

Viky Narayan, CrestClean’s South Auckland Regional Director, says Mohammed and Shamina are model franchisees. “All the customers love them and they do a great job. They work really hard on their business.”