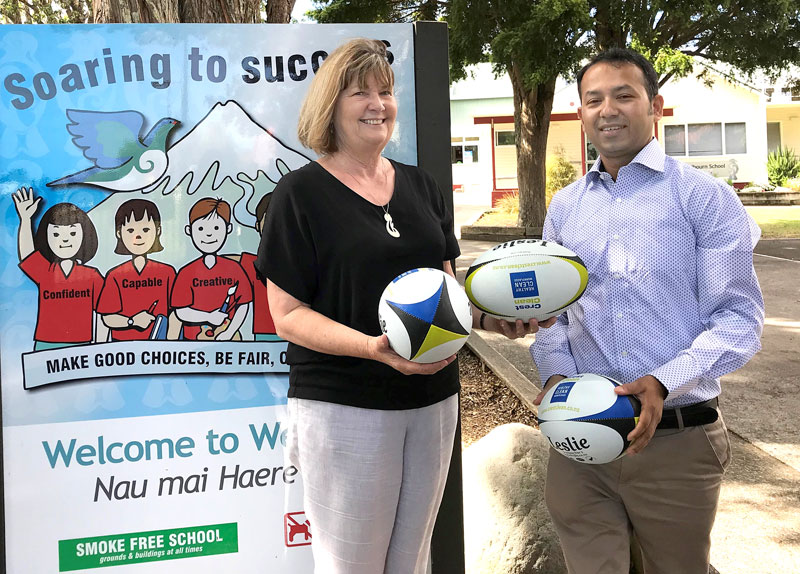 When Kay Crofskey entered a draw to win a bag of rugby balls she didn’t exactly rate her chances of being one of the six lucky winners.

“I’m not usually lucky but I am very happy to be a winner this time,” said Kay, Principal of Welbourn School, New Plymouth.

Good fortune shone on Kay after she took part in the promotion that celebrated the success of Crest PropertyCare – CrestClean’s new caretaking service for schools.

The sports balls will make a big difference, says Kay. “Our children love being outside and active so the rugby balls will be well used.

“It’s always nice to have something that you don’t have to put through your school budget. We do a lot of touch rugby so this is good timing.”

Prasun Acharya, CrestClean’s Taranaki Regional Manager, was delighted to hand over the prize. “Schools are important customers for us so it’s nice to give something back like this.”

Crest provides cleaning services to 430 schools throughout New Zealand. Launched earlier this year, Crest PropertyCare provides schools with a viable alternative to directly employing a caretaker. This new innovative service is proving to be a real game-changer for schools.