17,500 free meals thanks to Crest’s fundraising 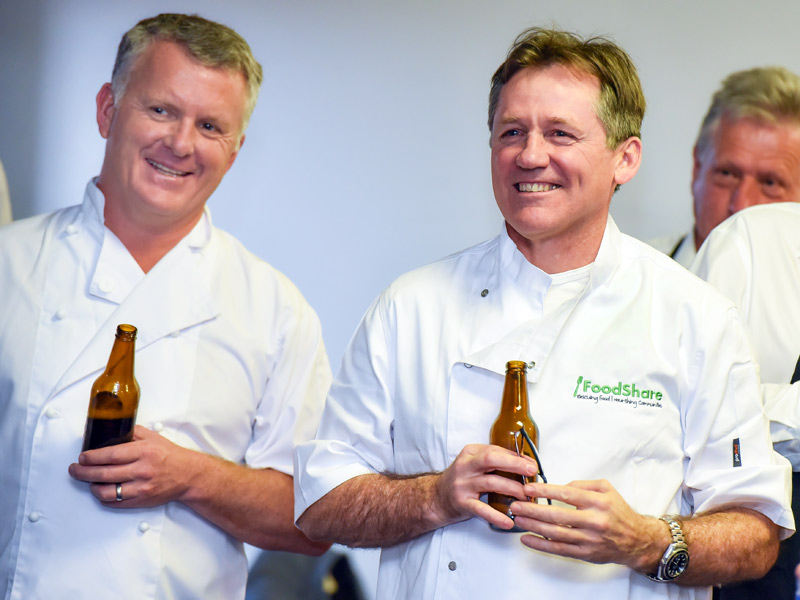 Time for a well-earned cold one as Grant McLauchlan and David Kirk relax after the cooking contest.

They cooked up a storm for a night that will be long remembered by everyone who gave their time to make the event such a sizzling success.

New Zealand’s leading business leaders rubbed shoulders with the nation’s top chefs for a gastronomic evening of fun and food like no other. Hundreds of paying guests tucked into a gourmet banquet, creatively prepared by the chefs and their teams of executive helpers.

It was the finale of weeks of fundraising for FoodShare, a social venture that rescues food destined for landfill and redistributes it to social service agencies.

As the tributes flowed for businesses that took part, Crest was singled out for praise for a polished performance in coming to the party to promote the charity and for the fundraising efforts of franchisees and supporters throughout New Zealand.

FoodShare CEO and Founder Deborah Manning is absolutely delighted with the result of the inaugural FoodShare CEO CookOff.

Deborah was stunned the final figure from the fundraiser exceeded the Dunedin-based charity’s original $50,000 target.

“Thanks to the collective efforts of local business leaders we raised a total of $72,000 which will be used to help us rescue food and nourish those in need,” she said.

“The fundraising efforts of Grant and the CrestClean family resulted in a total of $6,163 being raised for FoodShare. This will enable FoodShare to deliver the equivalent of 17,500 meals.”

At the CookOff, Grant was paired with Deborah to cook against FoodShare Chairman and ex-All Black David Kirk and local businessman Tony Clear. Both teams, under the guidance of their celebrity chefs, worked hard to produce beautiful meals using Silverfern Farms beef and lamb.

Grant said it had been a memorable night. “I just loved rolling up my sleeves and working as a team. The camaraderie in the kitchen was fantastic.”

The evening sparked friendly rivalry and much banter as the teams battled to present top-notch dishes to the 250 diners. Grant’s team was tasked with preparing a Manuka smoked lamb loin on a fattoush salad. Dessert included a tiramisu cheesecake with armagnac ganache.

Although there was no official winner, Grant believed his team were the victors of the CookOff. “It was a fun night and without doubt, in my opinion, we were the winners on the night!”

Crest’s involvement in the fundraiser had been a true team effort, he said.

“I’d like to say a big thank you to all those people who supported Crest. It’s amazing how all those donations, large and small, collectively made a big difference.

“Our support came from all regions of New Zealand with our franchisees doing their bit to help.

“I was humbled that the people of Crest supported such a great cause in the way they did.

“It was our social responsibility as successful business owners to support this great cause and it really shone through on the night.

“Crest was recognised for achieving the most donations from all the organisations that took part.” 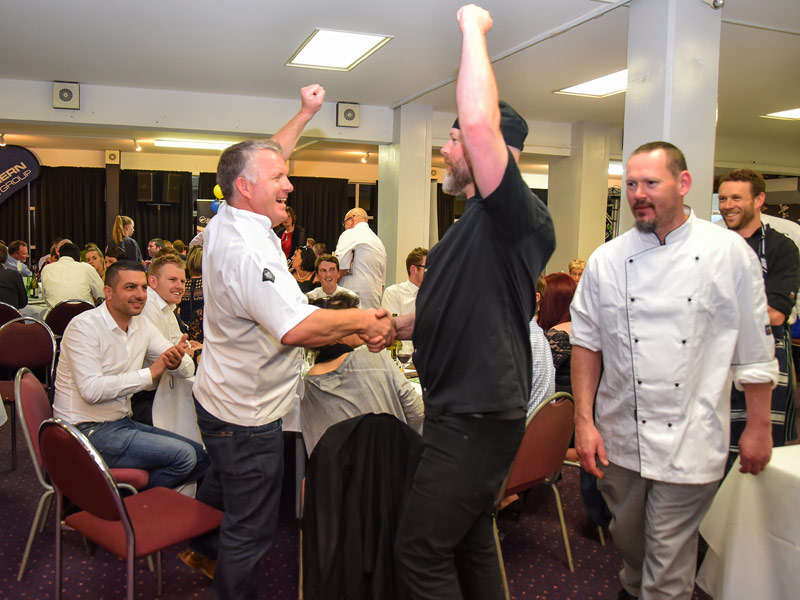 Grant shares a jubilant moment with celebrity chef Andy Aiken at the big night in Dunedin. 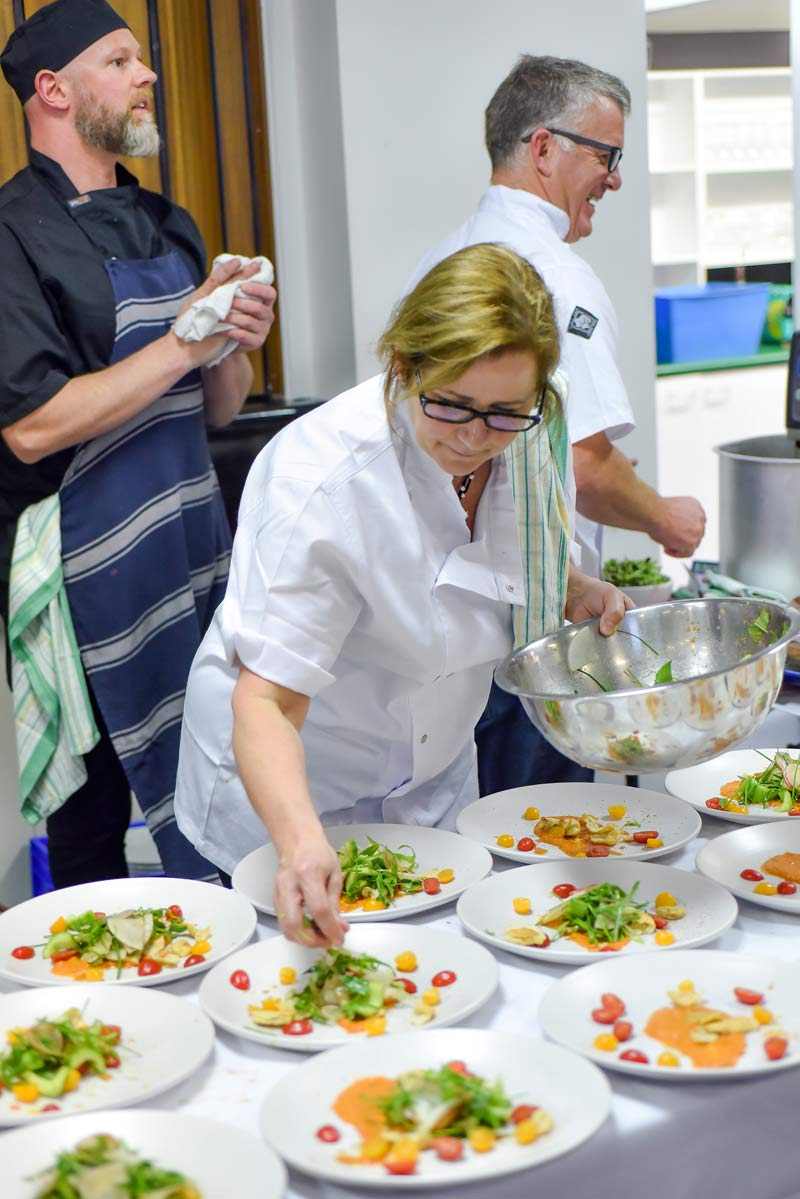 Deborah and Grant feel the pressure in the kitchen as the minutes tick by. 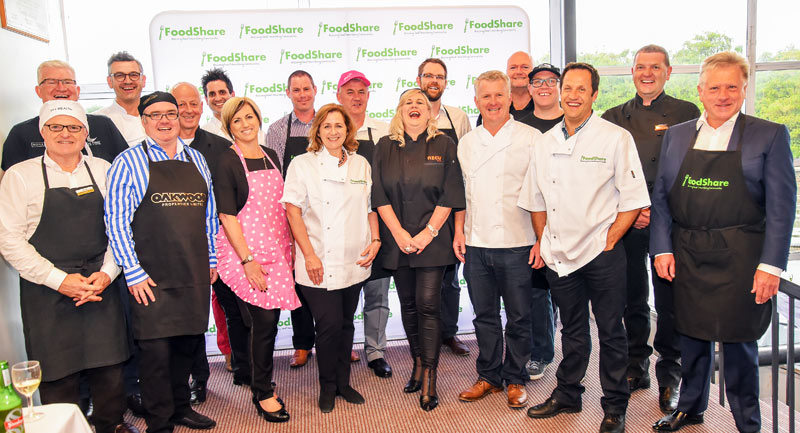 Chefs and their assistants all set for the big CookOff. 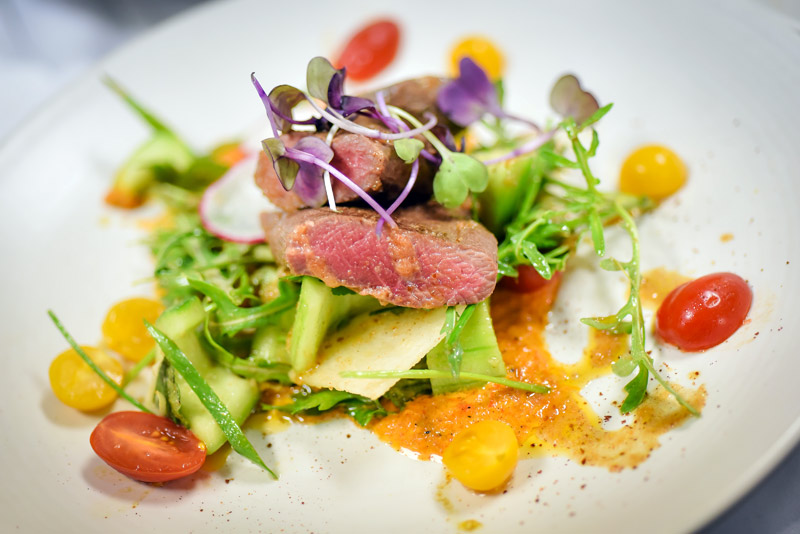 Manuka smoked lamb loin, one of the tasty mains served up. 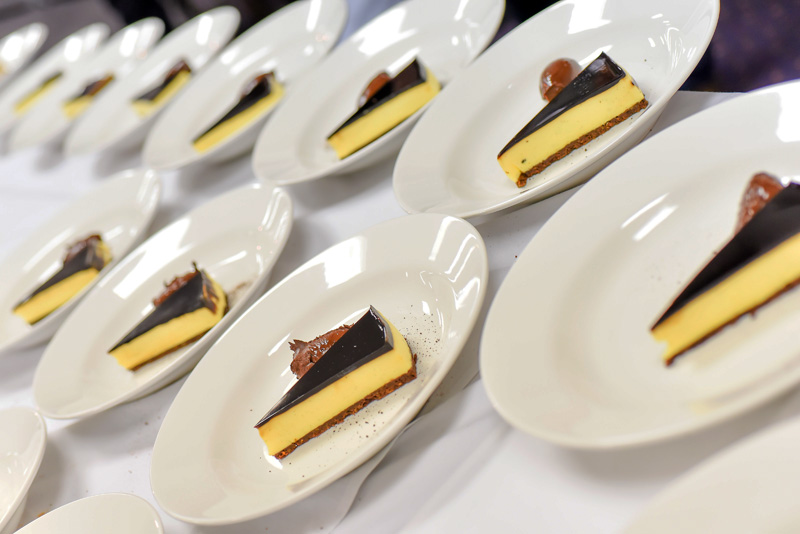