From fast-food workers to franchise superstars 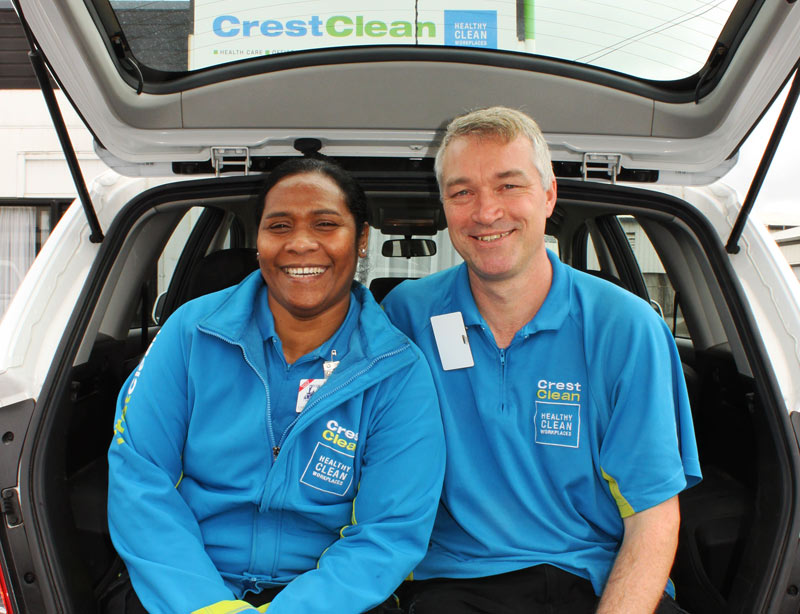 Love blossomed for Nancy Nandan and Kent Wilkinson when they worked at McDonald’s.

When Nancy Nadan took a shine to a fellow McDonald’s worker she soon realised it would be up to her to make the first move.

She’d heard from other staff that Kent Wilkinson liked her, so she decided to pluck up the courage to invite him out one evening when they finished their shift at the Taupo fast-food eatery.

It was the start of a relationship that would eventually see the pair become successful Crest franchisees, running a large business in the central North Island tourist town.

“He’s a really shy guy,’’ said Nancy, who is originally from Fiji and arrived in New Zealand in 2008.

Kent remembers the first time they met together outside of work. “She asked me out for a coffee as a friend,” he said. “It was really nice.”

At the time Nancy had an extra job helping another McDonald’s employee who had a small Crest franchise in Taupo.

“I started to help her out doing cleaning and then I really got interested in Crest,” said Nancy.

“She then told me she was going to sell the cleaning business and she asked me if I was interested.”

Nancy was initially hesitant, concerned about her residency status and wondering how she would raise the $25,000 needed to buy the business – but her friend who owned the franchise already had a plan in mind.

“She leant me the money to buy her business. It worked out well,” said Nancy, who repaid the loan to her friend within 18 months.

As Nancy and Kent’s relationship developed he stepped in to help her with her CrestClean business. After a while they realised working full time at the eatery didn’t leave much couple time.

“We were working seven days a week because our shifts at McDonald’s always had us working at weekends. We couldn’t ever get time off together,” said Kent.

Bill Douglas, Crest’s Regional Manager of Rotorua, Whakatane and Taupo, has nothing but praise for Nancy and Kent and says they are a delight to work with.
Their business has tripled in size and they run late model vans, and as well as cleaning they carry out carpet cleaning work in Taupo.

“I trust them so much and think so highly of them that when any new work is going I call them and ask if they can do it for me,” said Bill.

“They never say no to me. They are a pleasure to have as franchisees.”

The couple are a good team and say their previous experience at the fast-food restaurant was invaluable.

They work nine hours a day on their business plus they put in a few hours on Sundays.

“We always worked well together at McDonald’s and now it’s the same with our cleaning work,” said Kent.

“If we are cleaning a large school one of us will start at one end and we’ll meet in the middle. We also take turns at what we do.

“One week one of us will do the vacuuming while the other runs around and cleans all the toilets and wipes the benches. The next week we’ll swap around.”

They particularly enjoy cleaning schools. They carry out cleaning at two schools and four kindergartens.

Kent says he enjoys the satisfaction of undertaking term cleans and seeing everything looking spic and span and floors polished.

“All the schools and kindergartens like to keep in touch with us, which is nice,” he added.

The couple, who have just bought their own home after five years with Crest, have invested in new equipment as their business has grown.

“We’ve tried out a lot of different things to see where we can make improvements or work smarter in the business,” said Kent.

“Buying a burnisher was a very, very good investment. It cuts down a lot of time on the term cleans at schools as opposed to trying to do it with a swing buffer, and you get a much better result.

“Small things can make a big difference to how much time you can spend in a day at work,” he added.