Jason is a ‘hero of respect’ 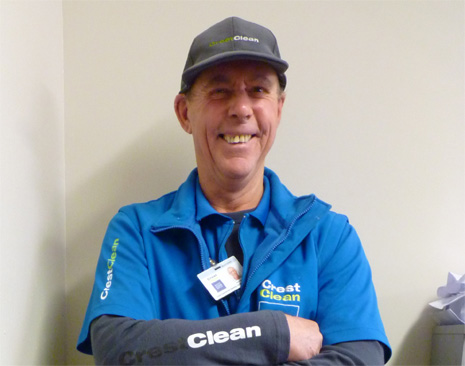 Christchurch North CrestClean franchisee Jason Dalziel received a random act of kindness from a pupil at a school he takes care of.

Christchurch North CrestClean franchisee Jason Dalziel did not expect a ‘hero of respect’ letter would bring tears to his eyes.

Jason, has been cleaning for 17 years and has owned a CrestClean franchise for 12 years, received a letter from a pupil at New Brighton Catholic School.

“Jason is a great person because he cleans our school every day and he is a really hard worker. He works really hard for our school plus he is extremely kind. Every day he has to clean up our mess, even though we should. I think Jason is a hero of respect because he cares for others and looks after others property”.

Jason says he was surprised when he received the letter.

“It’s the kindest thing that has happened to me in 17 years of cleaning,” he says. “It was a real surprise. I didn’t even know who he was. He was in the after school programme and saw me around the school. He was writing about heroes of respect as part of a class project – Nelson Mandela, Mother Teresa and me.”

Jason has been cleaning the school five days a week for the last two years.

“I love cleaning there. The staff are awesome. The work I do makes me feel great,” he says.