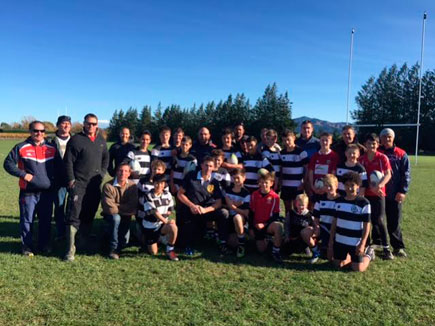 A junior rugby coaching clinic held at Moutere RFC, in Blenheim, is one of 26 that have been held throughout New Zealand thanks to CrestClean and LeslieRugby.

An article published in the Nelson Mail on May 26, highlighted the benefits of two free coaching sessions that were held in Nelson. The clinics, which are aimed at established coaches and parents, are two of 26 that have been held throughout the country since March this year.

During the coaching clinics, which are run by former Highlanders and Scotland Captain John Leslie, a team of 12-year-olds demonstrates 14 core skills while he explains his coaching philosophies and tips for keeping the energy high and the game fun for kids.