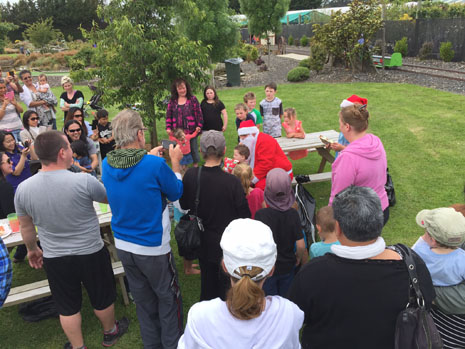 The heat didn’t stop Santa from packing plenty of treats for the children of CrestClean franchisees at Dunedin’s Christmas barbecue.

Stocking cap and all, Santa braved the heat to bring gifts for all the children at Dunedin’s Christmas barbeque. The annual party was held at Wal’s Plant and Fun Land in Mosgiel and graced with beautiful weather.

“The weather played the part with a Dunedin stunner day,” says Regional Director Tony Kramers. “The outdoor venue was great as there were miniature train rides, mini golf, a trampoline, ducks in the pond for the kids to feed and a cricket pitch.” 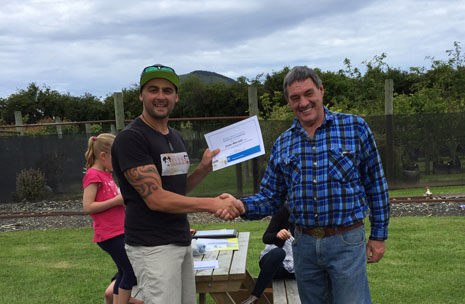 Over 100 people attended the function, enjoying grilled meats and salads, beer and wine, and lots of socialising over the four hours they spent together.

Several certificates of completion for various training modules were presented by Tony. “It was great to catch up with everybody as it isn’t often we get the entire team together,” he says.