Fun and Games at the NZPF Conference 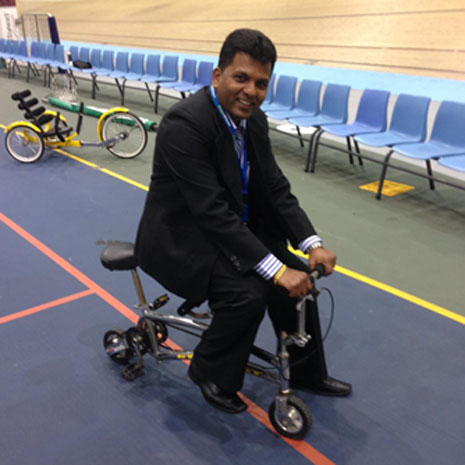 CrestClean’s Viky Narayan takes the mini tandem for a spin.

“I used to have a bike shop years ago in Invercargill and I had some bicycles that I thought would be fun in a wee race before the big conference dinner,” says Glenn. The fleet included a miniature sized tandem, a wobbly bike that gets harder to stay on the faster you pedal, and a recumbent tricycle that must be ridden in a laid back position. 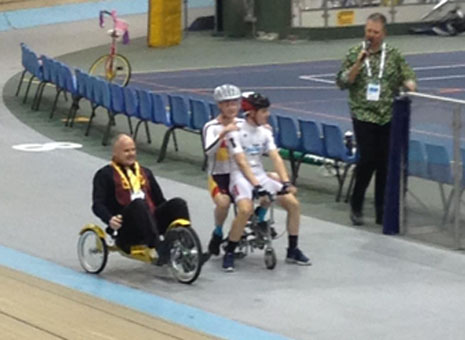 The mini tandem versus the recumbent in Crest’s crazy bicycle race.

CrestClean is a gold partner of NZPF and has exhibited at the past seven conferences, along with a number of other high profile New Zealand brands, including Konica, which sponsored a pre-dinner event of display racing with professional cyclists, followed by CrestClean’s race on the crazy bikes.

Two of the professional cyclists took to the tandem, however the race was won by Ben Witheford, principal of the new Shotover School in Queenstown, who swept the field on the recumbent.

“Close second were riders of the tandem,” says Glenn. “However, I understand there may be an inquiry into the race as it appears that they reverted to using their feet on the ground because they couldn’t pedal fast enough. Third place was the “Crest First Response Bike.” Unfortunately, the rider felt like it was trying to buck her off and there was definitely interference from the tandem riders.”

After the race, a number of people gave the silly bikes a try, including Viky Narayan, Regional Director for South and East Auckland.

“A great time was had by all, though it was a bit difficult because Konica were the sponsors of the event and I didn’t want to step on their toes,” says Glenn, “It was just some fun and laughs for people to watch.”

CrestClean’s Managing Director Grant McLauchlan lauded Glenn’s efforts organising the race. “He went the extra mile by providing the bikes, which was his was own initiative working with the NZPF locally. Konica did a wonderful job sponsoring the event, but I think we stole their thunder a little,” he adds with a laugh. 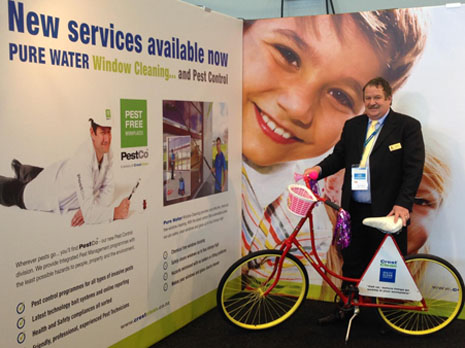 Glenn Cockroft with the Crest First Response Bike – not the easiest bike to ride.