A Lifestyle That Works 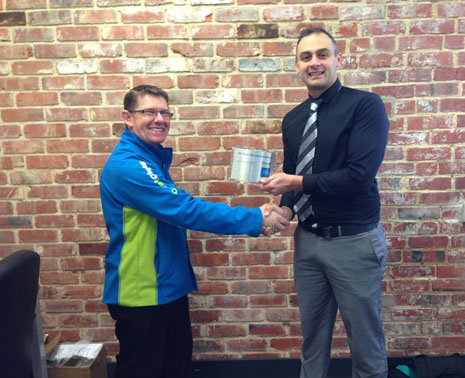 Owning and operating a CrestClean franchise has given the Fisks a lifestyle that really works for them.

After 10 years with Crest in Dunedin, they say the built-in flexibility has been paramount to their happiness.

“It fits in with our lifestyle and the things we want to do in our lives,” says Leanne, which is an asset for busy parents of three children, ages 10 to 16.

Though Vincent now cleans and manages the business almost exclusively, Leanne was originally the one with the cleaning expertise. Ten years ago, she was cleaning for the University of Otago while Vincent was doing car detailing and feeling ready for a career change. Eager to do something different, he came across the opportunity to purchase a CrestClean franchise. Vince and Leanne made an appointment to hear more, then ran the numbers and details past their independent accountant and a lawyer, who both supported it as a solid business decision for the young family.

Leanne, who was pregnant with Victoria when they signed the Crest franchise agreement, says the first five years were the most difficult, but in that time they were able to pay off all their debt and build a strong business, while also meeting some ambitious life goals they’d set for themselves. What was initially a base of 20-30 small contracts became about 15 larger ones centralised in their neighbourhood in Dunedin.

Leanne now works during the day for Contact Energy, and Vince cleans at night, which means someone is always home with the children.

“Vince can choose what time of the night to go clean. If he wants to stay home and have tea with the family he can,” says Leanne. “Or on a Friday night if we have something on at the school, which we often do, then he can go and catch up on cleaning on Saturday or Sunday.”

Also, if Vince is sick, Leanne can simply step in. Even though she stopped cleaning about five years ago in order to pursue teaching opportunities, she still knows all the customers and has kept up with changes to the business. “We’ve never had anyone outside the family to help. That’s the biggest thing with us,” she says. “It’s always been ours.”

Crest congratulates the Fisks on their 10 Year Long Service Award and wishes them continued success for another ten years!