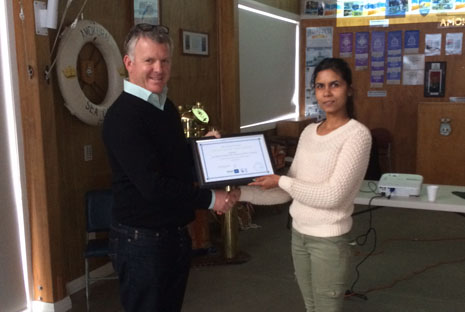 The veteran franchisees were awarded their certificates during the area’s Annual Team Meeting with Managing Director Grant McLauchlan.

Wellington’s Regional Manager Andrew Alleway says it’s a good sign for Crest to see his original teams still going strong as they were integral to the launching of Crest in Wellington back in March 2009. “It’s great that they’ve stayed with Crest more than five years because they were part of the inaugural three,” says Andrew. 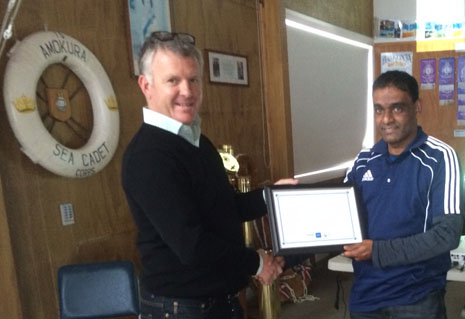 Two of the franchisees, Monita Devi-Chand and Keshwan (who was unable to attend the awards ceremony) are still among the 25 Wellington teams managed by Andrew, however Krishna and Sunita Nadan, who were Andrew’s first ever franchisee team, are now part of the Hutt Valley area managed by Regional Director Clare Menzies. The Nadans shifted to Clare’s area two years ago and she says he’s known for his excellent floor care and polishing services.

“He’s really well liked by his customers and goes the extra mile,” she adds. “He’s fantastic with St Bernadette’s School in Lower Hutt.”