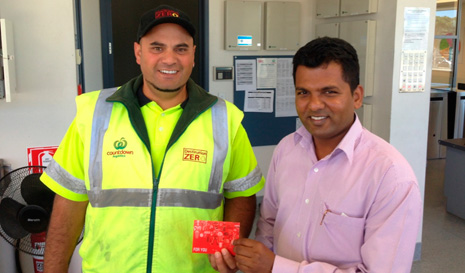 CrestClean’s South and East Auckland Regional Manager Viky Narayan says he was happy to donate a Westfield shopping voucher to an effort to raise funds for the charity Countdown Kids.

The voucher was one of many prizes won at a Quiz Night on Saturday 15th March, at which over $1000 was raised.

The evening was organised by Countdown’s Auckland National Distribution Centre and held at the Manurewa Rugby Football Club at Mountford Park. The funds raised will be used to help purchase hospital equipment for 10 nominated children’s wards throughout the country.