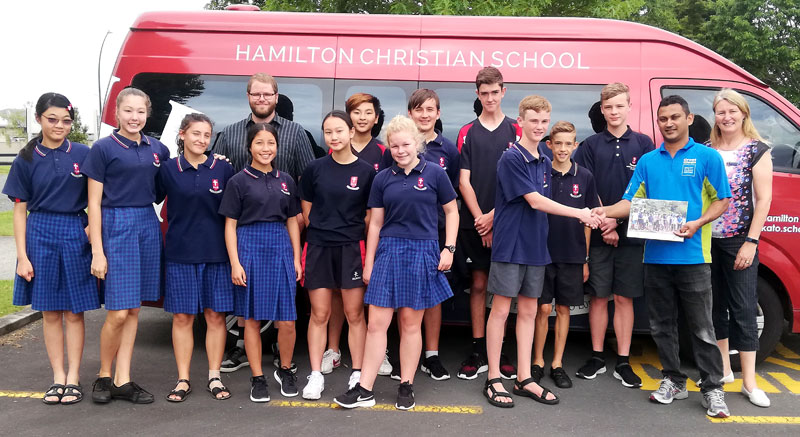 Students from Hamilton Christian School present CrestClean’s Praneel Prasad with a copy of the photo book of their trip to Fiji.

When CrestClean’s Praneel Prasad heard that teachers and students at the school he looks after were planning to visit his homeland, he jumped at the chance to get involved.

Although he couldn’t be there himself, Praneel arranged for the party from Hamilton Christian School to be met at the airport when they arrived in Fiji. His sister-in-law, who was on hand to greet them, took the group to the family home where they were given a warm welcome and treated to a lavish afternoon tea.

Nica van Woerden, one of the trip’s organisers, says Praneel’s help was invaluable. “Praneel put me in touch with some contacts in Fiji to help with the planning of this trip.

“He even got his brother to call me from Fiji to chat us through a few things in my planning.

“Additionally, he arranged for my whole team – 19 in total – to visit his home and family. He arranged for afternoon tea and a time to relax during a very busy day of nearly 20 hours’ travelling.”

Nica says visiting Praneel’s family home during their visit to the Pacific island nation was a highlight for the students, enabling them to see how the local people live. “The kids got to see the other side of Fiji.

“When we got to Praneel’s family home they had set out a big afternoon tea for us. There was an enormous table just packed with food. A coconut had been opened for everyone, and there were cakes and snacks galore.”

The young visitors had prepared a traditional Maori song, which they sang during the afternoon tea.

“We got to meet the whole family and we sang for them and the kids did a little skit that we’d organised,” says Nica.

Praneel says his family enjoyed meeting the Kiwi visitors. “My mum said the kids were very happy to try some new treats. Some of them had never tasted fresh coconuts straight from the tree.”

He was pleased to have a played a part in the trip. “I felt as they were going to my home country I had to do something nice for them.”

A photo book of their trip has been produced for the Hamilton Christian School students. Included among the shots are photos they took at Praneel’s family home in Labasa. A copy of the book was presented to him as a “thank you” by the Year 9 students.

Nica says Praneel is highly regarded for going above and beyond what’s expected. “Sometimes the support staff can be a bit invisible around the school but Praneel is just part of our family here.”

“He looks after the school as if it’s his own property. He takes a real pride in his work there.” 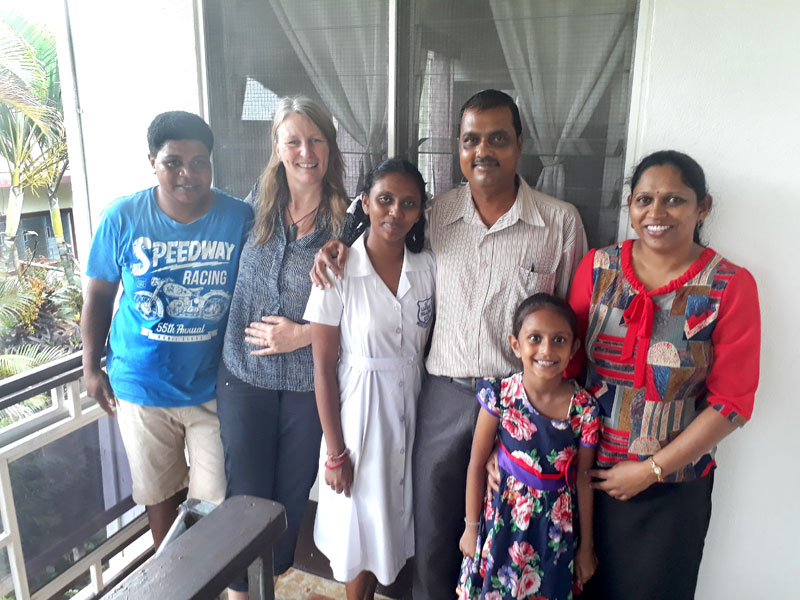 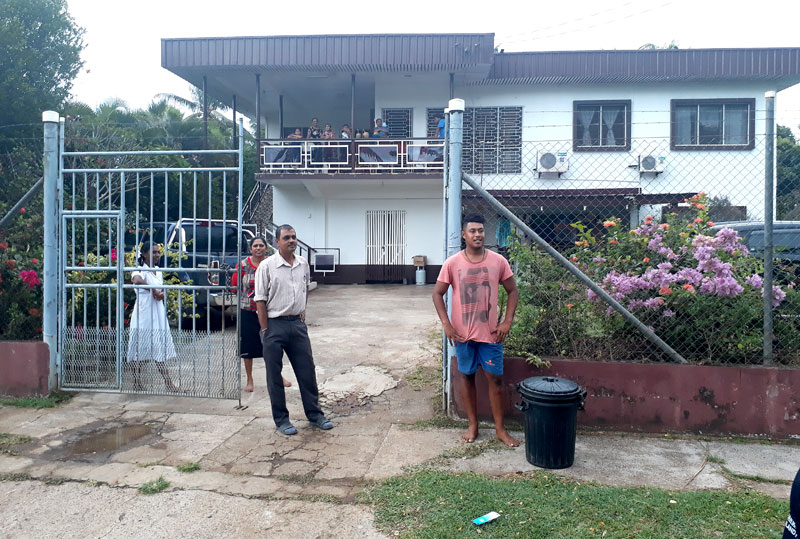 The family home in Labasa, Fiji.