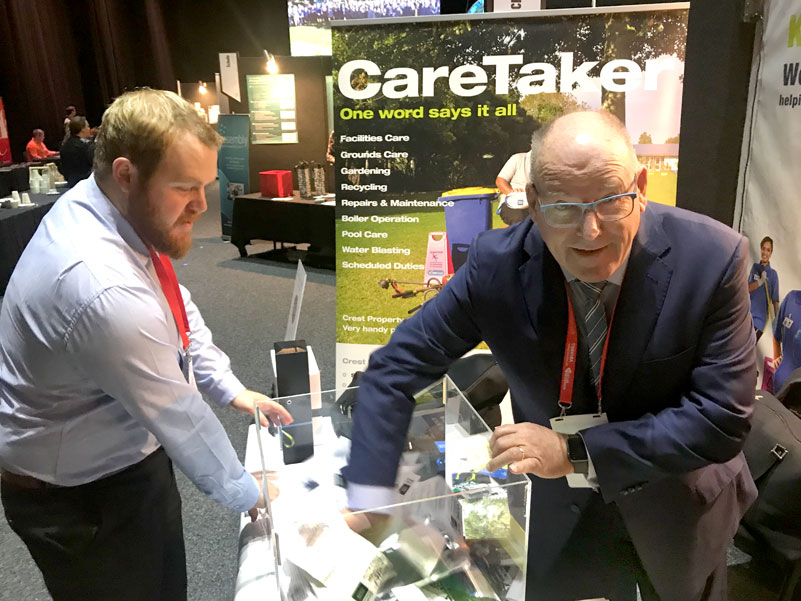 Changing the cleaners literally proved to be a breath of fresh air for a school suffering from a little wee problem.

The sorry saga of the classroom that was adjacent to the boys’ toilets was just one of the anecdotal stories told to CrestClean managers who attended a recent education conference in Wellington.

Sam Creasy, Crest’s National Accounts Manager, takes up the story relayed to him by a teacher at the New Zealand Catholic Education Convention.

“She said her classroom was the one that no one wanted to be in because it had a toilet block attached to it.

“Apparently it used to suffer from really bad smells wafting into the classroom from the urinals.”

Sam says he was delighted for the teacher to hear there had been a happy ending to her tale of woe. “She told me that things dramatically changed after the school switched their cleaning arrangements to Crest.

“After they got Crest in the smelly loos were tackled and the problem was sorted. She was really happy with the outcome!”

About 800 delegates attended the three-day event, held at Wellington’s TSB Arena. As well seeking information about cleaning, a number of principals made a beeline to the Crest stand to enquire about the other services that CrestClean offers to schools.

Caretaking was a hot topic of conversation. “Some schools that had a caretaker on the staff who was near retirement age were interested in exploring their options,” says Sam.

“We were able to discuss providing them with a caretaker on a contract arrangement with our Crest PropertyCare service.”

Crest Property Care provides schools with a viable alternative to directly employing a caretaker. Crest caretakers have a trade background and caretaking duties can be packaged together to operate on a contract basis, with a similar budget as having a direct employee.

She says there were many positive comments from principals who were Crest customers.

“Our Crest business owners around the country build very strong relationships with our school customers and they often become part of the school community.”

Crest cleans more than 900 schools and kindergartens throughout New Zealand. Often schools come to Crest for their cleaning needs after hearing about the company through other principals, Shareen says. “Our reputation is very strong among principals.”

A conference prize draw run by CrestClean attracted more than 200 entries. The gift hamper, supplied by GiftSaint, was won by Janet Cummings from Our Lady of the Assumption School, Christchurch. 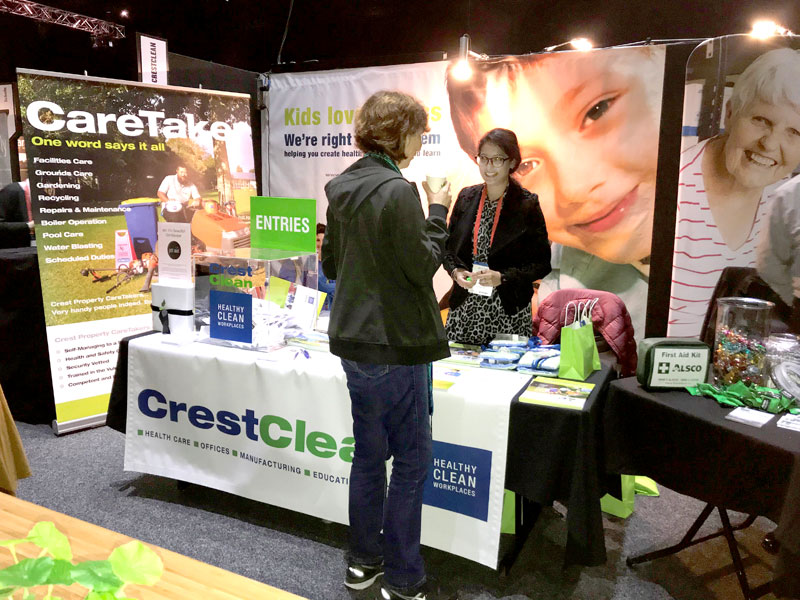