Dealership delighted with quality of cleaning 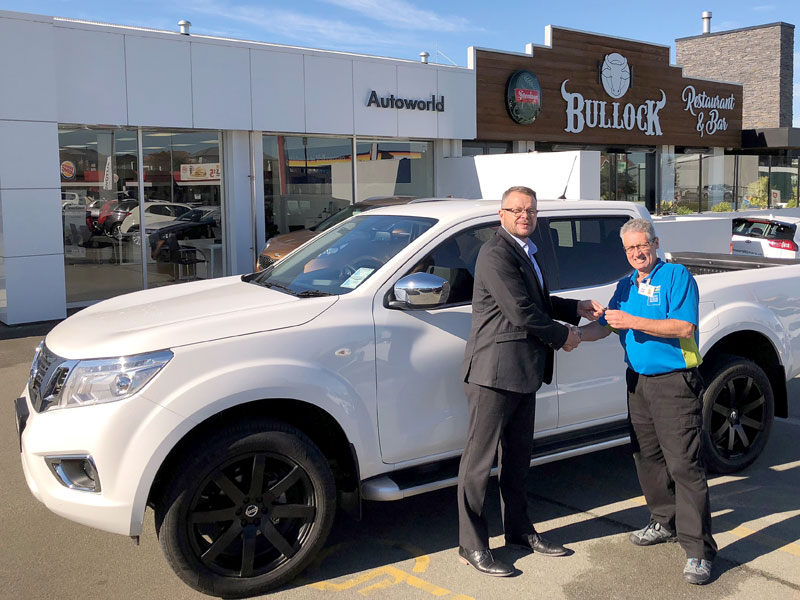 Chris Churchward is delighted how shiny the floor looks at the vehicle dealership he manages.

But when he thinks back to how things were a year ago before CrestClean was engaged there’s just no comparison, he says.

Chris, General Manager of Autoworld Timaru, says Crest business owner Murray Kelly has done an amazing job with cleaning and nothing is ever too much trouble.

Crest came onto the scene by chance when the company’s South Canterbury Regional Manager Robert Glenie dropped by Autoworld to introduce himself.

And his timing was spot on. Chris, who had been at his wits end trying to find a permanent way of keeping the showroom floor pristine, was on his hands and knees trying to remove troublesome marks from the surface.

Robert called in Murray and it was decided that a dedicated floor scrubber and buffer machine would resolve the floor woes.

Chris says it’s been a great success and he’s been delighted with Murray’s work ethic and attitude to the job.

“He’s invested some money in a cleaning machine and it’s made a hell of a difference to how our floor looks.

“He does a bloody good job of the floor so we don’t have the streaks we used to have. I haven’t had to get on my hands and knees since Murray’s been on the job. It’s awesome.

“He’s really efficient at what he does and the place has never been sparklier and tidier. He’s just a really good guy.”

He says Murray has become “one of the family” at Autoworld. “He’s always obliging. We recently had a business after five event and he was here the day before to make sure everything was clean. He fits in with us here as a business, which is really fantastic.”

Chris says a shiny showroom was paramount to the business. “It’s all about customer perception. If they come in here and the floor is dirty or greasy, or has smears on it, that’s not a good look.”

Job satisfaction rates high for Murray. He enjoys the challenge of keeping the showroom floor gleaming.

“The floor has a diamond like shine compared with what it used to be like before we took over the cleaning. I’m really pleased with it.”

Robert says Murray is hardworking and has excelled since joining CrestClean. “He started with Crest a couple years ago and has gone from strength to strength as a successful business owner.

“He has now grown his business from a small one man band to employing four staff and working in the business himself.”

Murray has just taken delivery of a Nissan Navera, which he purchased from Autoworld.

“He cleans Autoworld twice a week so when it came time to purchase a new vehicle he couldn’t really go anywhere else!” says Robert.

“Autoworld and CrestClean have built a very good relationship through Chris and Murray.”