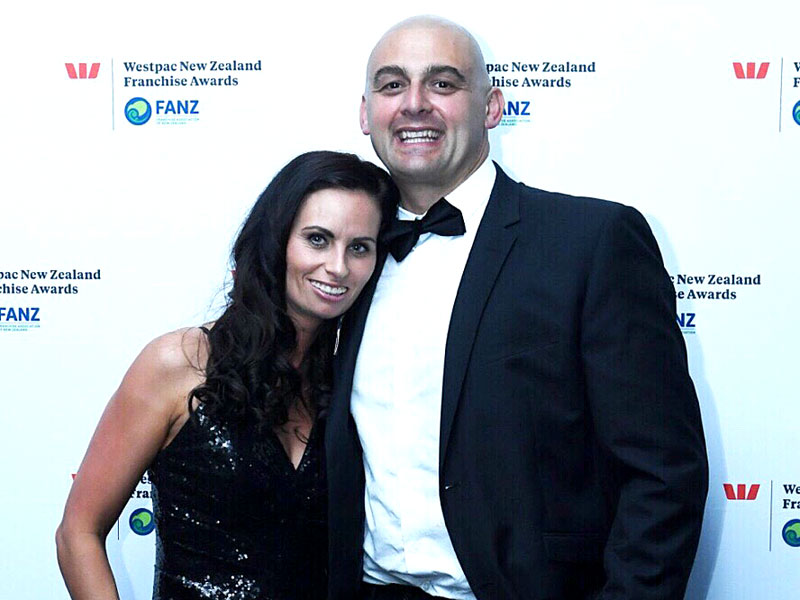 Nicky and Tony Kramers are Master Franchisees for CrestClean in Dunedin.

CrestClean managers have been praised by the company for being recognised in the Westpac New Zealand Franchise Awards.

Dunedin Regional Managers Tony and Nicky Kramers were finalists in the Regional Master Franchisee of the Year category, and Auckland Quality Assurance Co-ordinator Julie Griffin, also a finalist, was Highly Commended in the Field Manager of the Year section.

Being a finalist in the prestigious national awards was outstanding, added Sam. “Tony and Nicky have been the top performing Regional Managers for the past couple of years. Their region has been the top of the sales leader board.”

The couple’s business has gone from strength to strength, he added. “Since Nicky has come on board to help Tony, they’ve really solidified themselves and are a really good team.

“Nicky is exceptional on business and administration and compliance. They run a really tight ship.”

Julie’s commitment to the company was outstanding, says Sam. “She’s Mrs CrestClean. She’s fully committed to the business and no task is too tall for Julie.

“She works all hours of the night out in the field and she’s very well respected and liked by the Regional Managers, franchisees and our customers.”

Tony says attending the Auckland awards evening was a career highlight: “We felt proud and very honoured to be recognised at this level and be a finalist in awards that are New Zealand wide.

“There are more than 20 other master franchises throughout the country for CrestClean so to be nominated by the company for the awards was gratifying.”

For Julie it was not just the personal satisfaction of getting to the finals but acknowledgement of her franchise teams.

“I felt very proud of the company that I represent and it’s an acknowledgment of our systems and procedures. It’s the guys behind the mop who deserve the praise,” she said. 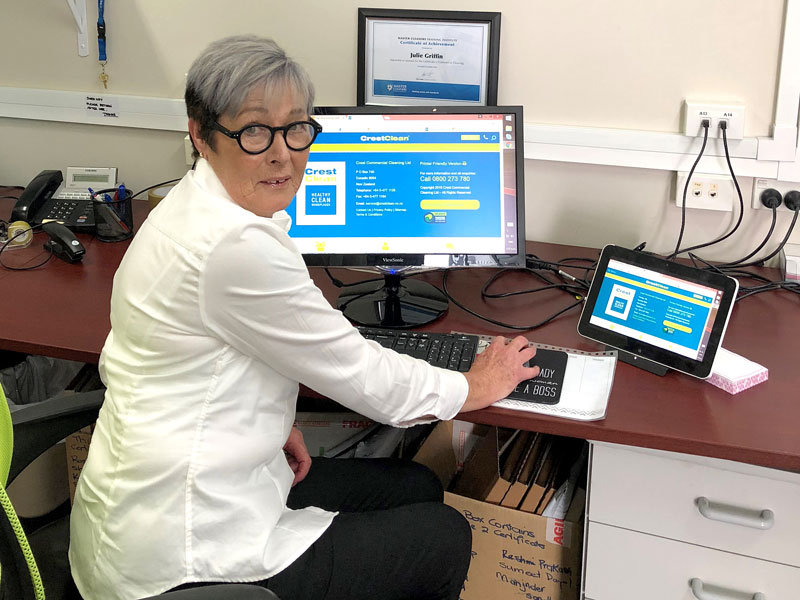 Julie Griffin works tirelessly in her role as a Quality Assurance Co-ordinator in Auckland.