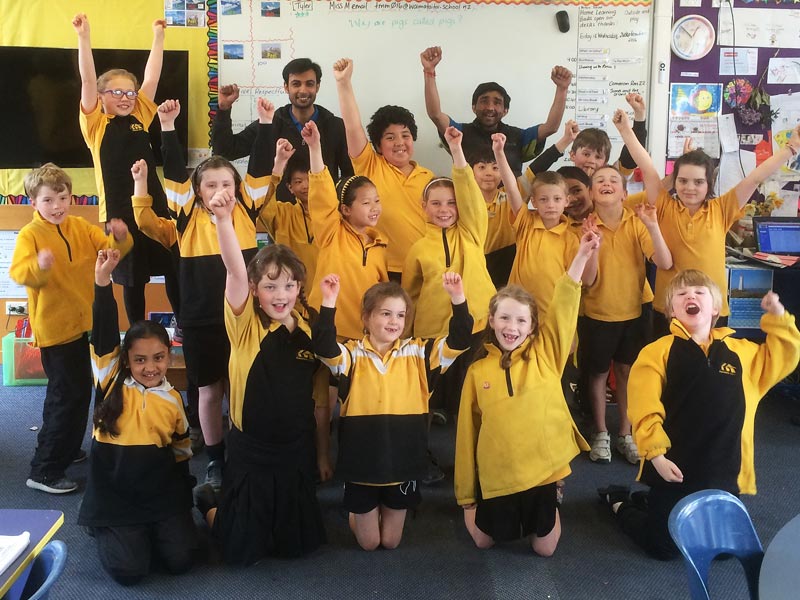 Franchisees Niraj and Kirti Patel work at the school and enjoy being part of the team.

It was three cheers for CrestClean after school children were rewarded for keeping their surroundings spic and span.

And these competitive pupils went the extra mile to be shining examples of tidiness by landing the Cleanest Classroom Award.

The Room 23 pupils aimed to be the best after having seen the great prizes some of the previous class winners had won at Waimataitai School in Timaru.

Franchisees Niraj and Kirti Patel were there to hand out the award.

“The kids were very excited to receive the award as they had made an extra effort this term to tidy up,” said Robert Glenie, CrestClean’s South Canterbury Regional Manager.

“They decided along with the teacher to win this term’s award.

“The prize was a Warehouse Stationery voucher, to which one of the children said ‘yes can we go online and do some shopping now?’

“So now they are looking forward to buying some colourful art products for the class to use.