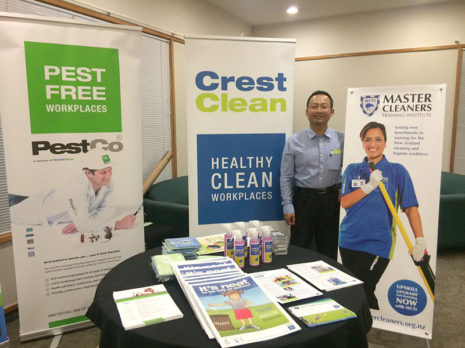 About 120 delegates attended the conference that was held at the Kingsgate Hotel on March 17.

As part of CrestClean’s stand, bottles of Anti-Viral sanitiser and microfibre cloths were given out to attendees.

“It went very well,” he says. “It was great to catch up with our customers and we enjoyed meeting new principals.”

CrestClean is a Bronze Level sponsor of the Waikato Principals’ Association.

“This conference is held four times a year and we always attend. We really enjoy the relationship that we have with Waikato principals’ and the Association,” he says.