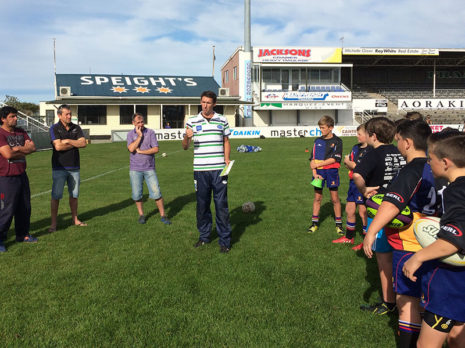 John Leslie talks through the junior rugby coaching content with players and coaches at Alpine Energy Stadium in Timaru.

South Canterbury Regional Manager Robert Glenie is looking forward to passing on the skills and drills he has learnt at the CrestClean LeslieRugby Junior Rugby Coaching Programme to his junior rugby team.

About 15 coaches and 30 kids attended the session that was held at Alpine Energy Stadium in Timaru. 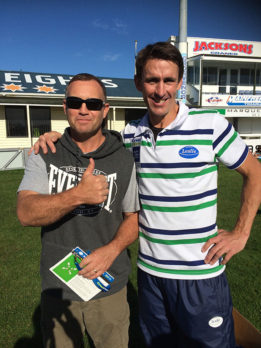 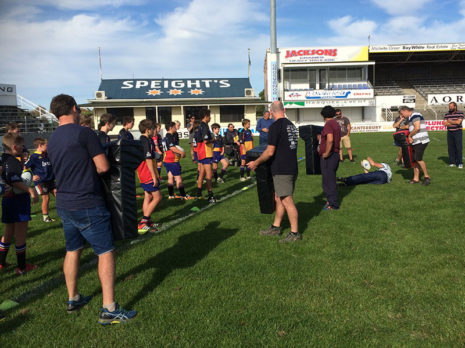 Skills demonstrations form a key part of each coaching session.

Robert says the coaching session and content was extremely valuable.

“I coach the Allenton U11.5s in Ashburton and I’m looking forward to putting what I’ve learnt into practice at our next and future training nights,” he says. “The content was great. The way all of the content was organised and flowed from one event to the next so the kids didn’t get bored was great. It was a fantastic event to be involved in and we all learnt so much.”