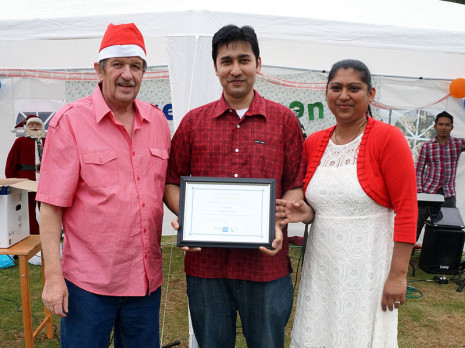 Ashneer and Durgeshni Datt were named Invercargill’s Franchisees of the Year. They are pictured with Regional Manager Glenn Cockroft.

CrestClean Invercargill’s talent was put under the spotlight at the Christmas party.

Held on Saturday, December 12, about 90 franchisees and their families helped celebrate another successful year – with a twist.

“This year was different. We held a special event CrestClean has got Talent,” Invercargill Regional Manager Glenn says. “Franchisees and their families provided everyone with an afternoon of entertainment where they displayed other skills they have.” 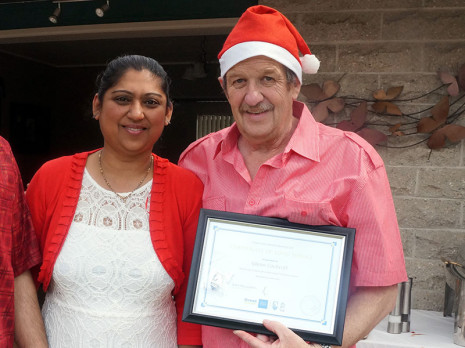 Judges had a tough job choosing the CrestClean has got Talent winners. The winning group was the Visayas and Mindanao Group who performed as the “Midgets”. Brother and sister Mart and Kristine De Guzman took out the young male and female awards with their duet. 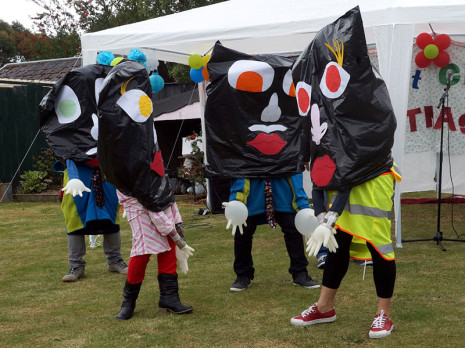 CrestClean has got Talent’s winning group performed as the “Midgets”.

Prizes were also presented to the best-dressed man, woman and child.

Santa arrived in style and presented 42 children with a gift each.

“It was a fantastic bonding exercise for all of our Franchisee’s. We have had quite a number that are new to Crest Invercargill this year,” he says. “It was great to have everyone together and everyone had a really good time. We have a great team here in Invercargill.” 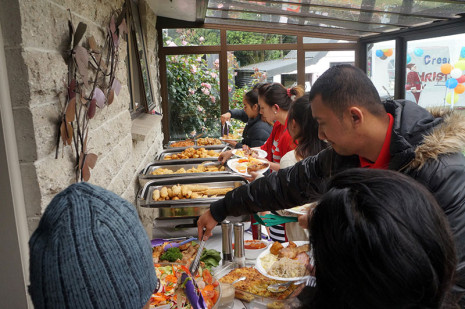 Everyone enjoyed the buffet lunch.

Ashneer and Durgeshni Datt were named Invercargill’s Franchisee of the Year.

Ashneer has been with Crest Invercargill for four years since he relocated from Auckland.

“Ashneer is always there to help the other franchisees. He is the Regional Induction trainer and the British Institute of Cleaning Sciences Trainer and Assessor for the region as well. Ashneer is well respected by all of his clients and fellow franchisees,” Glenn says.

Carlota and Harold Magannig received the award for Invercargill’s New Franchisee of the Year.