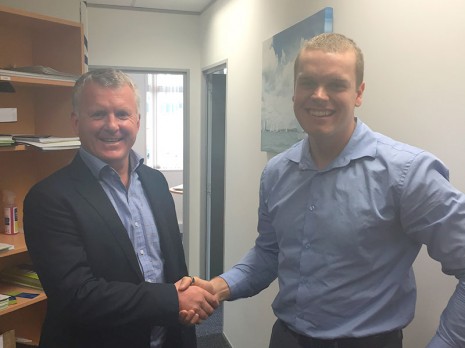 As part of his role, Philip will undertake quality audits, assist with implementing new contracts and be a guiding force for franchisees new to the business. CrestClean has similar co-ordinators in Auckland, Waikato, Bay of Plenty, Hawkes Bay and Christchurch.

“It’s been a great start. The team is really supportive and I am really enjoying my new role,” he says.

Being able to build relationships and further develop his skills in business operations were two of the many aspects of the Quality Assurance role that appealed to Philip.

“Having come from multiple leadership roles in a hospitality background, I was eager to learn more about a business that has systems that can support over 500 Franchisee’s and service over 3000 clients nationwide,” he says.

Prior to Crest, Philip managed a McDonald’s Restaurant in the Porirua City Shopping Centre and was named Store Manager of the Year in 2013.

“I have spent most of my life in Porirua so I know the Wellington and Hutt Valley regions well,” he says. “It is a great place. I am looking forward to strengthening relationships with customers and franchisees.”