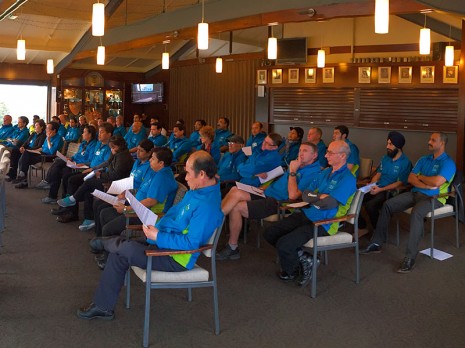 Celebrating 500 Franchises was one of the items on the agenda at the Dunedin team meeting.

Dunedin franchisees enjoyed the chance to catch up with each other at the annual team meeting.

The meeting, which was held at the Balmacewen Golf Course lounge on August 18, outlined business development within the last 12 months and included a celebration of Crest reaching 500 Franchises.

“We had a great turnout. It was a great opportunity for everyone to catch up with each other. It is really exciting that Crest has reached 500 Franchises,” he says. “There was a lot of positive feedback gained from the meeting.”