Best van in the fleet 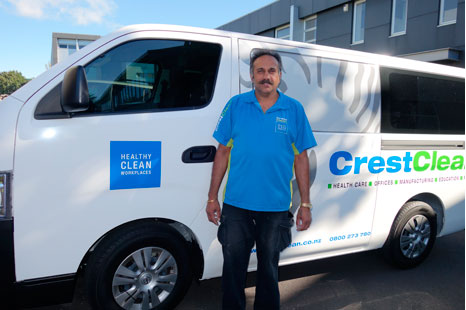 Auckland Central Region franchisee Resham Singh is pleased his 2014 Nissan NV350 Caravan was recognised as the best in the fleet. 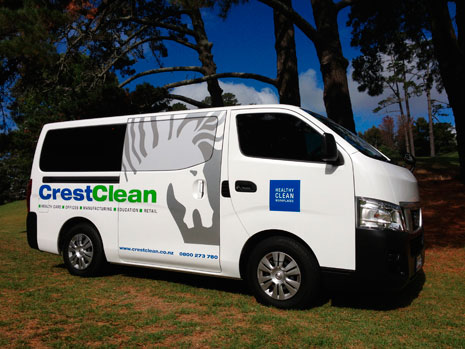 Auckland Central Region franchisee Resham Singh captured the attention of his colleagues with unanimous accolades that his van is the best in the fleet.

Earlier this year, Resham purchased a 2014 Nissan NV350 Caravan. It’s a great car and automatic, which means it drives well in the busy Auckland traffic.

“It’s hard to find an automatic van. But I like it. It drives smoothly and it is comfortable. There is also plenty of room in the back of the van for all of my cleaning gear,” he says.

Resham fitted out the back of his van with a customized shelving system for easy storage.

“It looks very professional. I am very happy with the graphics. It is important for all franchisees and staff to have a nice clean looking vehicle. I am very proud of it. They did a great job,” he says.

Resham, who has been with CrestClean for 13 years, migrated to New Zealand in 2002 from Suva in Fiji.

Purchasing a CrestClean franchise in 2002 was one of the best decisions Resham has ever made.

Resham employs six staff, including his wife, his 21-year-old son and 19-year-old daughter.

Resham is passing on his knowledge and success as a commercial cleaner by training franchisees throughout the country.

Resham is a Master Cleaners Training Institute Regional Trainer and delivers Module 1 training as a prelude to the British Institute of Cleaning Sciences (BICSc) assessment. He is also one of CrestClean’s Floor Care trainers and Induction trainers.

Over 800 CrestClean personnel have been trained to NZQA standards by CrestClean trainers and registered assessors.