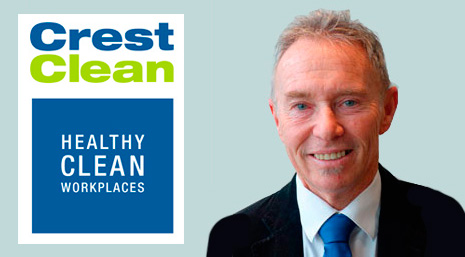 After 11 years with CrestClean, Bill Douglas says, “I still get excited about it all.”

Originally a franchisee and now Regional Director for Rotorua, Taupo and Whakatane, he says when he initially opened doors in Whakatane in 2010 he was unfazed by Crest’s anonymity there. His first job was small, just one hour once a week in Edgecumbe. “It was a beginning. I knew I had to start somewhere to get leverage into Whakatane,” he recalls.

Fortunately, Bill’s sign-written Crest van began to turn heads as he drove around town. “I also used a telemarketer and sent out letters.” Word spread, work came, and then Bill scored a contract with Whakatane High School. Now he has a solid base for his franchisees with offices, schools, and more opportunities to come.

Bill’s enthusiasm rubs off on franchisees and customers alike, undoubtedly because he still keeps a hand on the cleaning tools.

“I don’t believe in asking anyone to do anything I wouldn’t do,” he says. “I still clean. It keeps us in the loop when franchisees see us.” Claire Douglas also operates her own franchise and after nine years with her biggest customer, Rotorua Boys’ High School, she says she feels part of the fabric of the school and enjoys interacting with the staff.

Bill credits this personal approach to his and Claire’s success, as well as his knowledge of every aspect of the work. Mostly, however, Bill commends Crest’s philosophy. “Others are envious about our systems. We do well and have more than our share of the market.”

He goes further to say Crest is New Zealand’s market leader in the industry in terms of training, work practices, and health and safety. His franchisees undertake three weeks of induction training in various core skills, Health and Safety procedures, and regulations and also undergo a British Institute of Cleaning Science-accredited Cleaning Professional Skills Suite course within 12 weeks of their first day at Crest.

Further tightening of Health and Safety regulations later this year has also seen Crest take the initiative with even more rigid training to stay ahead of the game. Bill believes it boils down to maintaining personal relationships, starting every job by meeting Health and Safety representatives, using communication books and correct practices, and ensuring his team stays safe while providing quality service.

Steps like these keep Bill on top and proudly proclaiming Crest as a good example of true environmental management of commercial cleaning. “We’re recognised for that,” says Bill.