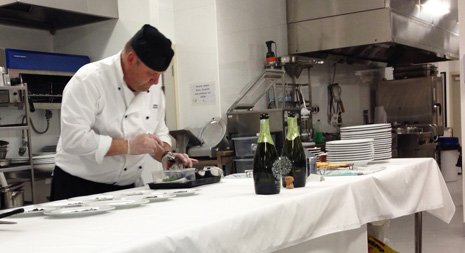 “We were really taken aback by the foundation and their drive to support local families,” he says. CrestClean Dunedin has already made a substantial donation to the charity but Tony says he still wants to do more.

An idea struck when Tony and his wife won a mystery dinner at Otago Polytechnic-he wanted to share this experience with Dunedin franchisees.

Tony and his wife were lucky enough to have their names pulled out of a hat during the auction and won themselves a mystery eight-course dinner by Chef, Tony Heptinstall. “One word to sum up the meal, Amazing!” Tony says.

“I am looking forward to next year and will be inviting some local franchise owners to join me at this event. It was an eye opener towards RMHC and what they give to the community and I would like to share this with our Dunedin team.”