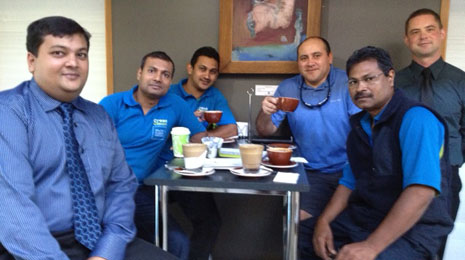 Congratulations to Nivitesh Kumar (Waikato Regional Manager) and his team of franchisees who have gained a significant contract for the Waikato region.

The inductions that the franchisees undertook were of an extremely high level of security, because of the patents and copyrights within these companies. Inductions included everyone being issued with a electronic access card and code.