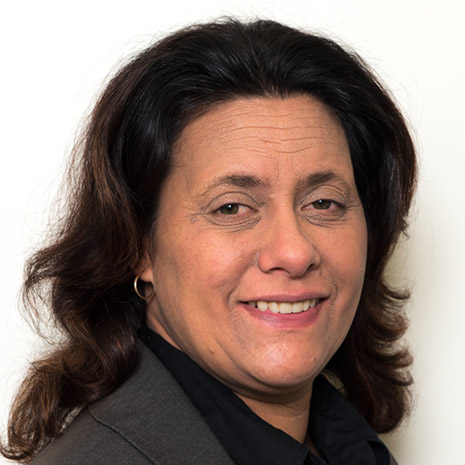 “I enjoy working with a lot of different people and Crest has given me the opportunity to grow within the company.” Barbara de Vries

Having strong compliances helps us achieve the highest standards of service delivered by well-trained cleaning teams.

Our fully trained technicians specialise in Integrated Pest Management, the most effective and environmentally responsible approach to pest control.

Contracting out the caretaking role takes another burden off school principals. We set up maintenance schedules and supply the tools and equipment to do it right. 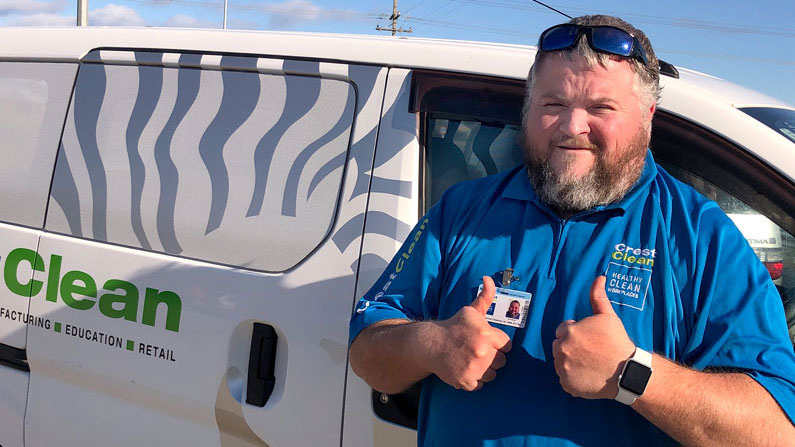 A strong sense of a job well done is just one of the many rewards of owning a CrestClean business, says Karl Parker. “I enjoy the cleaning because you might be doing the same job five nights a week, but you feel like you’ve accomplished something every time you walk 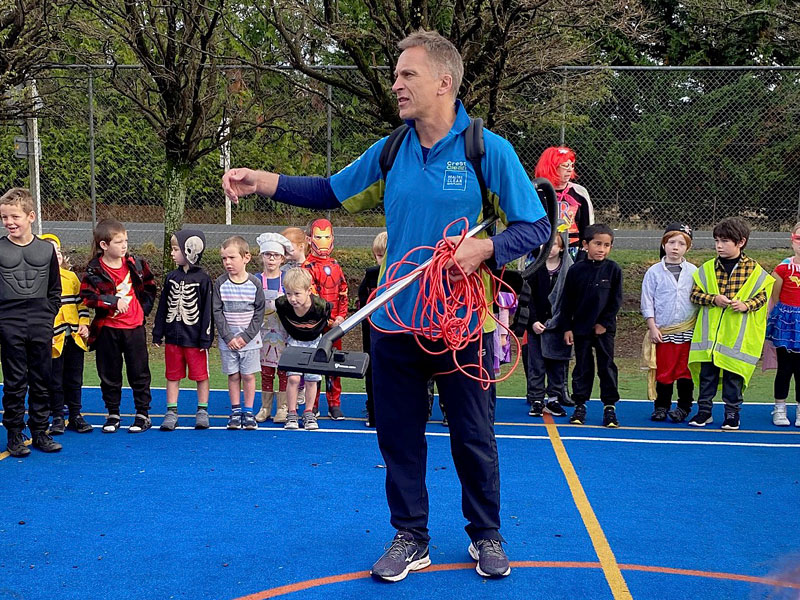 When he decided to become a cleaner for the day school principal Justin Neal got well and truly swept along by the role. He really looked the part in a CrestClean top as he joined children and fellow staff members for a Superheroes Day at Nelson’s Appleby School. But after 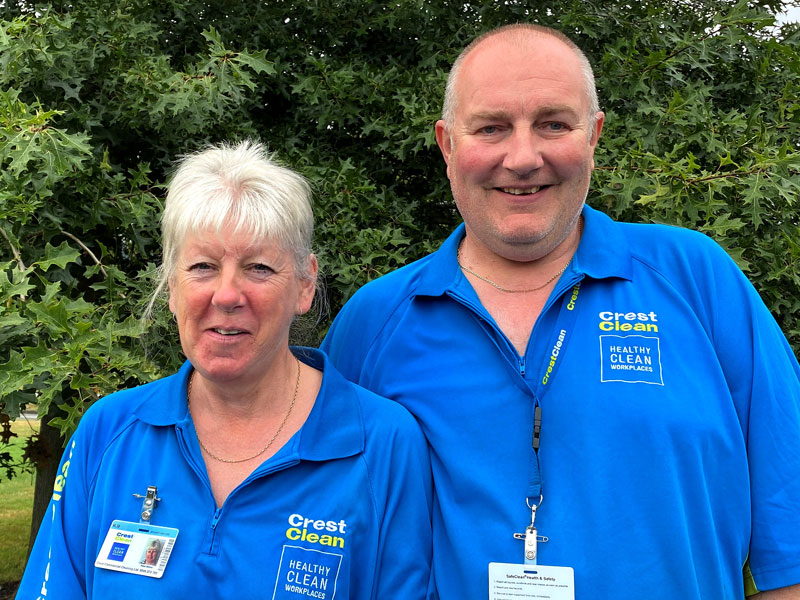 When they first came to Blenheim nearly two decades ago it wasn’t just the glorious weather that captivated English couple Colin and Helen Wilson. “The lifestyle and the people, just everything really and it was a lot more laid back,” says Helen, reflecting on their decision to up sticks and 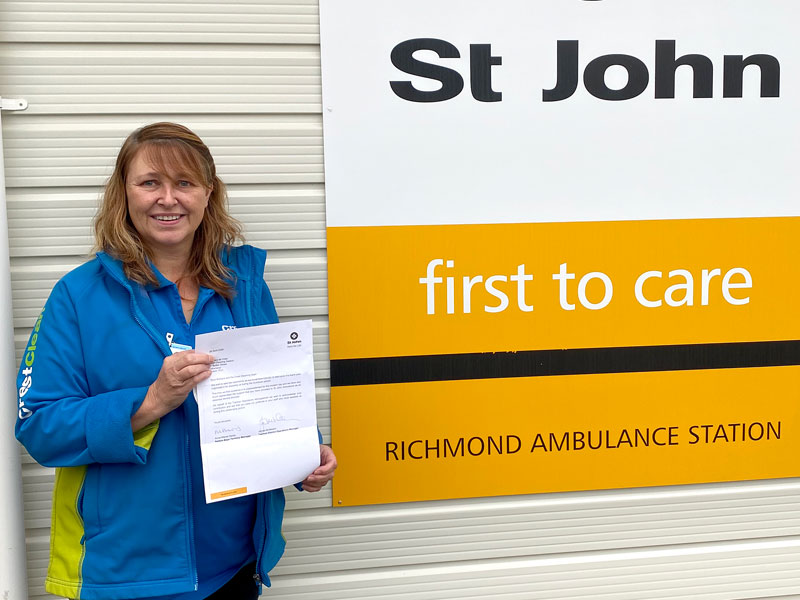 No one was more surprised than Julie Ashton when a letter of appreciation arrived from St John managers. Working throughout the covid crisis, Julie has been busy carrying out her usual cleaning duties at the Richmond Ambulance Station, ensuring everything is clean and hygienic for the frontline personnel who work 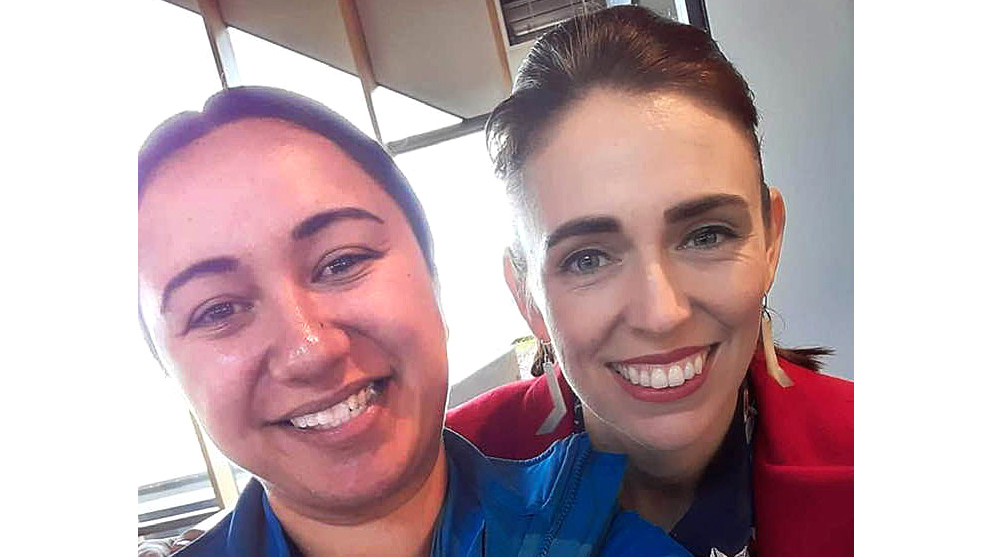 Imagine getting the chance to snap a unique selfie with New Zealand’s Prime Minister. That’s just what happened to CrestClean’s Lakyn Taite-Allen and Mel Fearn, who grabbed the opportunity to get in the frame with Jacinda Ardern during her official visit to Nelson Airport. Lakyn and Mel were on duty

She was ‘second in charge’ to CrestClean’s Rotorua Regional Manager and was eager to transition to her own Regional Manager position. When the opportunity arose in Nelson, her husband Shane and family relocated with her.

Prior to CrestClean, Barbara had 10 years of experience in sales and management in the supermarket sector so she is fully aware of customer relationships, which helps her in this management role.

Click here for information about purchasing a CrestClean franchise in Nelson

CrestClean Nelson are Proud Members of: