Sanitiser production helps to provide work for people with disabilities 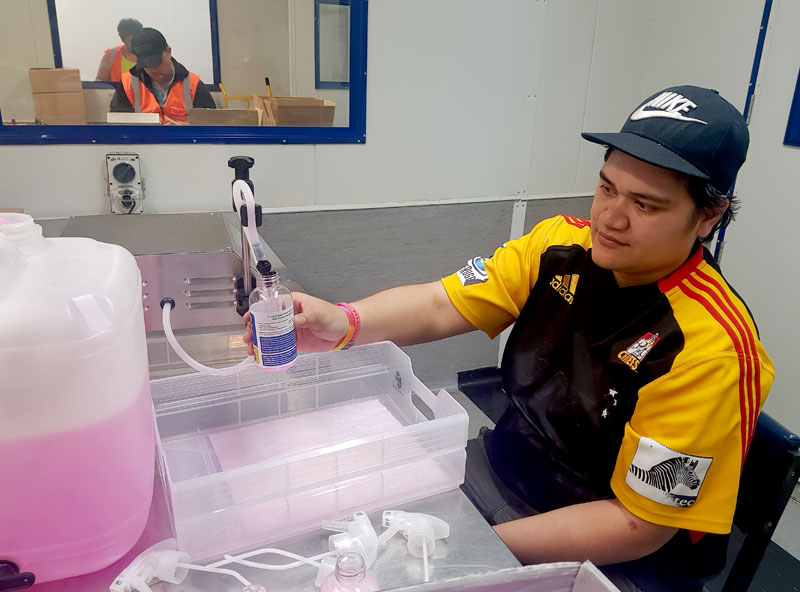 Thousands of bottles of CrestClean’s Anti-Viral Sanitiser are being produced at Altus Enterprises.

It might be uncomplicated and more than a bit repetitive but those carrying out the work just couldn’t be happier.

In fact for the Altus Enterprises employees who bottle and label CrestClean’s Anti-Viral Sanitiser, it’s a task that also creates a strong feel-good factor that extends far beyond the satisfaction of a job well done.

Paul Stoneman, manager of Altus Enterprises, says more contract work of the type it gets from CrestClean is now urgently needed more than ever before.

Extra work would help provide a vital lifeline for the organisation, which exists solely to provide work for people with disabilities.

Until recently the bulk of their regular work had come from Air New Zealand. But that work disappeared after the coronavirus crisis grounded the airline’s operations and Altus reluctantly had to lay off 137 employees. While they still have some other work they need to find new income streams.

Paul says the loss of the airline work had been a body blow to everyone. For the handful of Altus employees working on the CrestClean contract, it had brought some comfort of a job they are familiar with and enjoy doing.

More than 2500 bottles of sanitiser are currently being produced by Altus for CrestClean, with a further order of 5000 in the pipeline in the coming weeks.

“They look forward to the CrestClean job coming in,” says Paul. “When it’s here they just get straight on with it. They enjoy the kudos of doing the job. What it means is there’s three or four people working for about five or six days on the same job.”

Carrying out work they were familiar with and knew well meant Altus employees felt valued and it boosted their confidence, says Paul.

“With a number of our employees and their disabilities, once they understand how to do a job they would rather do a job that they know rather than be trained to do a new job because they are more comfortable with it.”

A donated machine Altus has received to fill bottles has streamlined the process of producing the sanitiser for CrestClean, he says. “It’s nice clean work and suits us because it’s simple in its breakdown. They fill the bottles, screw the tops on, lay them down and finish off by putting on the label.”

Paul says he’s seen a real pride in the way Altus employees go about their work.

“I think they have a heightened sense of job satisfaction because they know they are lucky to have work because there are so few people out there who will offer people with intellectual disabilities work.

“Our guys really value the work and they value new jobs because they get trained and they get to learn new skills. They take a lot of pride in their work.”

“It has been great for us to partner up with such an amazing organisation that supports people with disabilities and provides them with work opportunities and training.

“We’ve been really pleased at the service they’ve provided. Everything is always delivered on time and to the highest quality.”

Since CrestClean partnered with Altus, more than 15,000 bottles of sanitiser have rolled off the Auckland production line. The 250ml bottles are used for promotional purposes. Thousands have been given away at principals’ conferences and to CrestClean’s corporate customers.

The Anti-Viral Sanitiser is the first disinfectant to be released in New Zealand with an official rating against coronavirus.

Made in Auckland by Chemical Solutions, the sanitiser uses a licensed formula which has been included on a list of disinfectants registered by the US Environmental Protection Agency (EPA) for use against COVID-19.

The EPA regulates chemical agents and sets strict criteria to make sure the public health label claims are accurate. On March 3 it released a list of formulations that meet its criteria for use against SARS-CoV-2, the virus that causes COVID-19.

See the Seven Sharp report below. 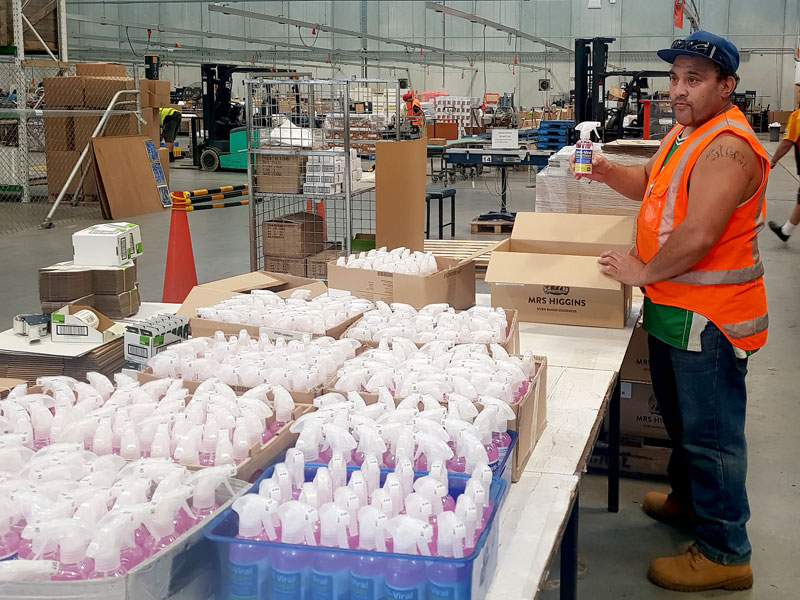 More than 2500 bottles of sanitiser are currently being produced by Altus for CrestClean, with a further order of 5000 in the pipeline. 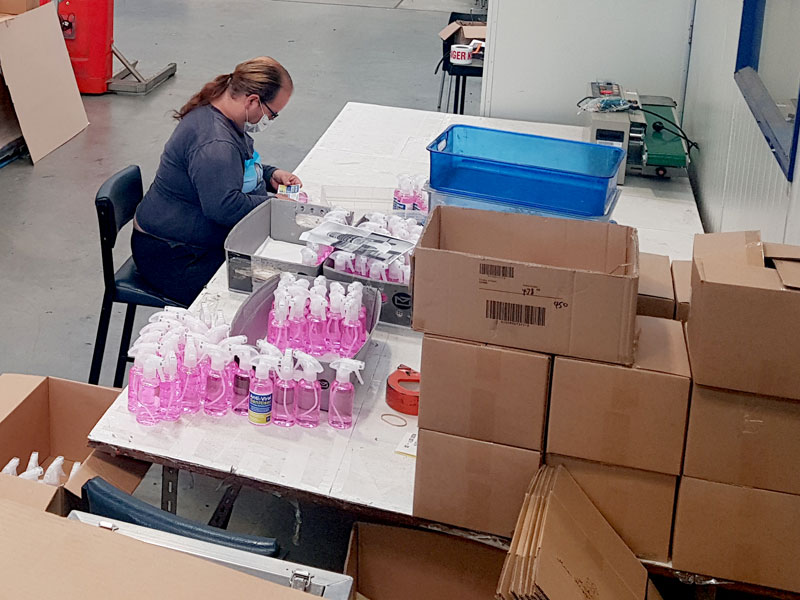 Bottles are labelled before they are boxed for dispatch.