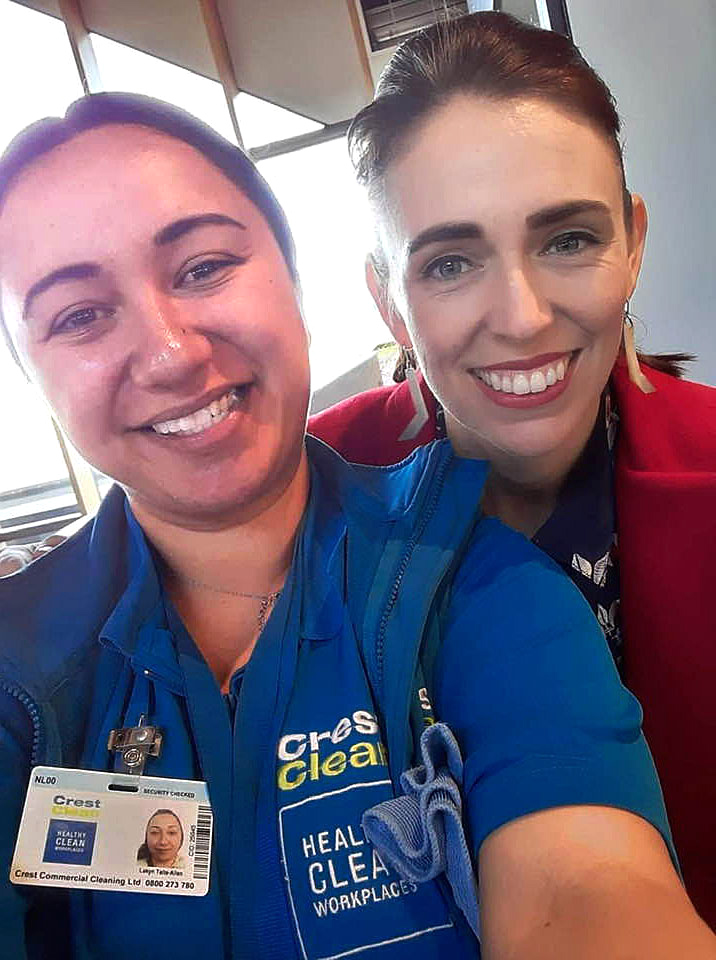 Lakyn Taite-Allen enjoys the moment as Prime Minister Jacinda Ardern takes time out for a selfie.

Imagine getting the chance to snap a unique selfie with New Zealand’s Prime Minister.

That’s just what happened to CrestClean’s Lakyn Taite-Allen and Mel Fearn, who grabbed the opportunity to get in the frame with Jacinda Ardern during her official visit to Nelson Airport.

Lakyn and Mel were on duty at the airport when the Labour leader flew in to open the new $32 million passenger terminal. The pair couldn’t believe their luck when the high-profile visitor went out of her way to chat to them shortly after arriving.

The young women were in the terminal building ensuring everything was spotless for the opening ceremony when Lakyn spotted Ms Ardern and husband Clarke Gayford coming their way.

“I turned to Mel and I said ‘I’m going to go up and say hi to Jacinda’,” said Lakyn.

After shaking hands with Ms Ardern, Lakyn cheekily asked for a snapshot. “I said, ‘hi my name is Lakyn, I’m from CrestClean, how are you?

“She was like, ‘hi, cool thanks’. I said ‘I’m one of the cleaners at Nelson Airport’. That’s when I asked her if I could take a photo to send to my boss. “She said ‘could you wait a bit as I’ll be here for the next hour, I’ll come and find you’.”

True to her word, it was near the end of her official visit that the Prime Minister caught sight of Lakyn and Mel and made a beeline for the CrestClean team outside the Air New Zealand Koru Lounge. 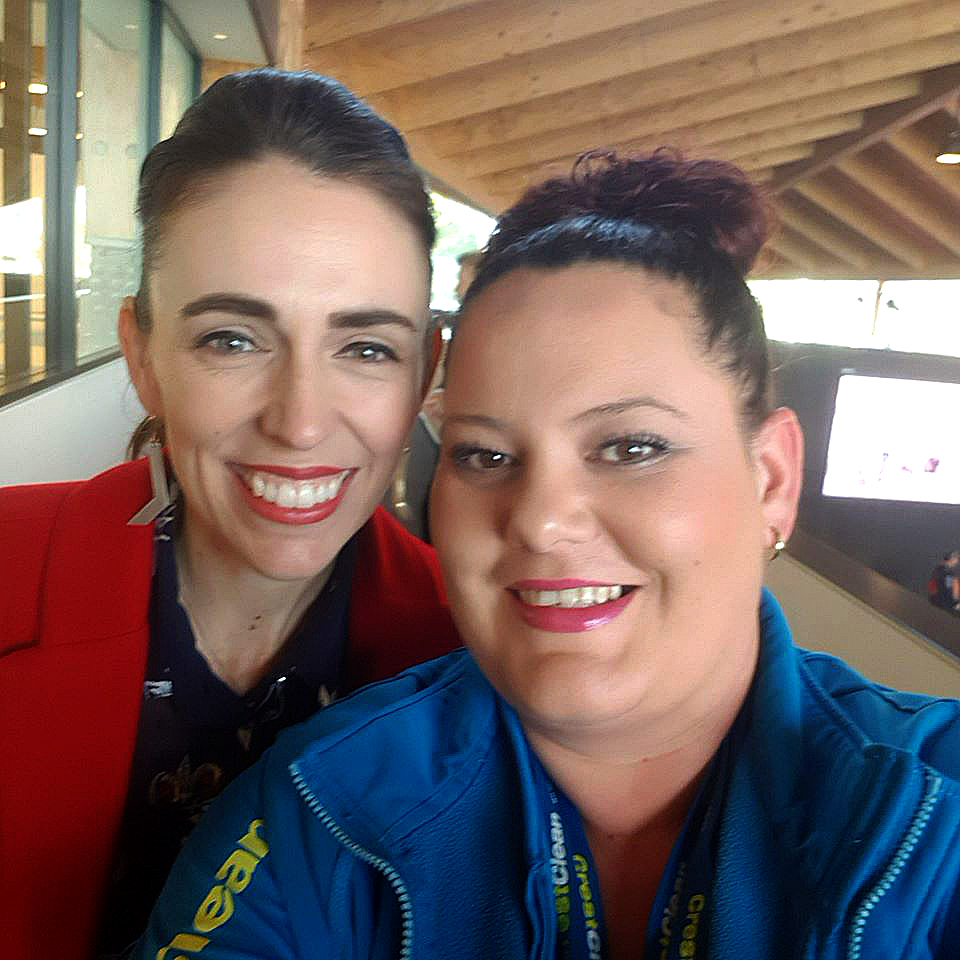 “We saw the Prime Minister coming up to go into the Koru Lounge and when she got to the top of the stairs she waved and came straight over and said ‘let’s have that selfie now’,” recalled Mel.

“I was quite overwhelmed and a little bit shocked as I didn’t know what to say to her. But she is just like any normal person that you would bump into.

“She asked how we were and said the airport was beautiful and that she was really happy to be here for the opening ceremony. She said the whole terminal looked amazing.”

Lakyn says it was Ms Ardern’s down-to-earth manner that impressed her. “She’s just a normal person like us, the difference is she runs the country and some of us run businesses. She’s a mother, she’s a working lady, and she’s just great.”

Thrilled with her selfie of Ms Ardern, Lakyn immediately posted the shot on her own Instagram page.

Minutes later she was gobsmacked when she received a personal reply on Instagram from Ms Ardern, apologising for having kept Lakyn waiting.

“Sorry to make you wait so long,” wrote the Prime Minister.

“It was quite cool. She’s a busy lady and she took time out of her busy day to reply to just a cleaner at the airport,” says Lakyn.

“It was really lovely that Jacinda kept her promise and posed for selfies with our team.

“She actually hunted down Lakyn and Mel before she left. It would have been easy as they would have stood out in their bright CrestClean uniforms!”