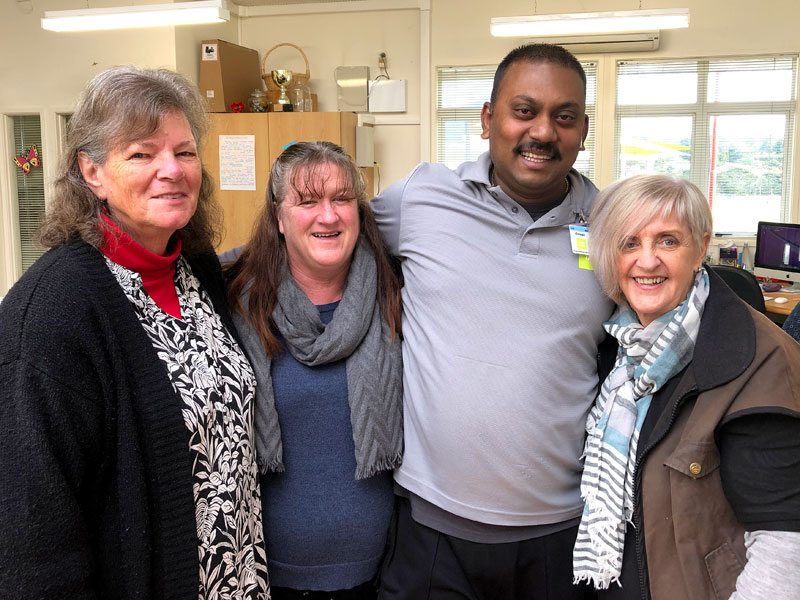 “I would never go back to any other way now,” adds the head of Don Buck School.

Crest PropertyCare provides schools and businesses with a viable alternative to directly employing a caretaker. Caretaking duties operate on a contract basis and at the west Auckland school Shalvin Raj has a joint role as caretaker and cleaner.

“It’s important that you know how grateful we are here at Don Buck School, for the skills and dedication of our wonderful caretaker Shalvin Raj,” says Jennice.

“Shalvin has quickly settled into the team and we really value his belonging to us.”

Jennice says having the school’s property care outsourced means there’s one less job to worry about. “Ultimately every school should have a Shalvin.

The principal can just get on with the whole idea of running the school.
She added: “This arrangement has lifted a great burden of responsibility from me as the principal.”

Shalvin loves his role and says he enjoys making a difference. Apart from general maintenance duties, he’s helped with some upgrades, including the installation of a new sink bench and the replacement of toilet cisterns.

“I like the work and it’s a very nice and friendly school and the staff and the kids are good,” he says.

Caroline Wedding, CrestClean’s Auckland West Regional Manager, says many schools and businesses are realising the benefits of having the property care services provided on a contract basis.

“Shalvin has really found his niche. He is a perfect fit for the school and is very talented at what he does. It’s fantastic to have such great feedback and to hear that his customers are really happy with the job he does.”