Sparkling feedback from customer after floors restored to original shine 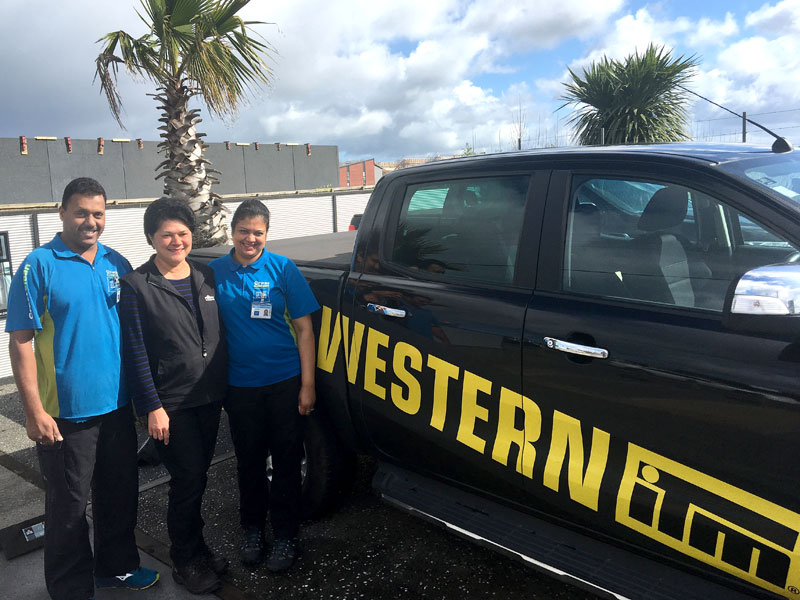 Delivering a high standard of service and a determination to do the best job possible has won high praise for CrestClean’s Salesh and Bikashni Chand.

The North Harbour business owners have received glowing feedback from one of their biggest customers, who says the couple’s work ethic and attitude is nothing short of “exceptional”.

Lavonne Caine, Admin Manager at Anderson & O’Leary Ltd T/A Western ITM and Pinepac, says initially Salesh and Bikashni took on the cleaning at the company’s main site at Whenuapai but soon impressed staff there with the quality of their work.

“They do a very good job for us. They look after the place like it’s their own place and I now leave it entirely up to them.”

The couple were offered the opportunity to take over the cleaning at the company’s three retail branches and its Kumeu production site – Pinepac Roundwood.

Lavonne has been impressed with how Salesh has been able to restore the shine to floor areas that had been not been stripped and polished for some time.

“We are just really pleased. I got them to buff all our shop floors. They’ve come up really, really good.”

Salesh says they enjoy working with Lavonne and they get a huge amount of personal satisfaction from doing the best job they can. “The staff are very friendly and it’s a good environment to be in and we enjoy looking after the company’s sites.”

Salesh and Bikashni are originally from Fiji and joined CrestClean in 2015. In Fiji Salesh was a merchandiser and after moving to New Zealand he worked at a sheet metal company in Auckland.

Bikashni found work as a care assistant, but although they both had fulltime jobs it was hard to make any headway, says Salesh.

“We were both on the minimum wage at that time and we were working long hours. It was very difficult. We managed to pay the mortgage but couldn’t save anything. I had no hope of ever being able to pay off the mortgage.”

Buying a CrestClean business brought a new freedom, says Salesh. “When I left working at the engineering company to become a commercial cleaner my life changed from there.”

Salesh says being his own boss has been fulfilling but he’s also someone who likes to give back. His commitment was recognised by Master Cleaners Training Institute when it appointed him as a CrestClean Induction trainer.

In that role he takes newcomers to CrestClean through their initial training. “It feels good to teach people about cleaning and you are also learning and gaining new experiences for yourself as well. It’s good to help others who are new to the industry.”

Neil Kumar, CrestClean’s North Harbour Regional Manager, says the husband and wife are model franchisees who are totally focused on their customers.

“Salesh and Bikashni are a lovely couple who are passionate about what they do and are extremely hard working. I am glad to have such wonderful people in my team.”