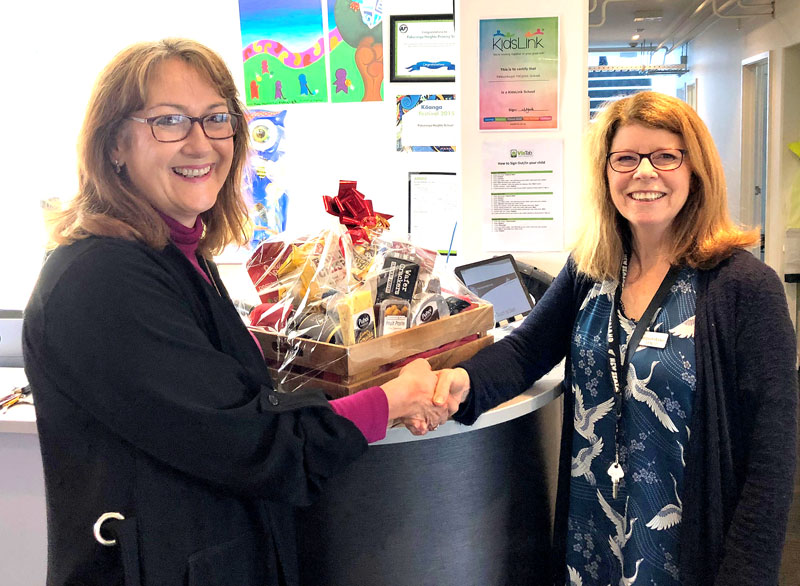 It was third time lucky when a prize hamper donated by CrestClean went through several pairs of hands before a deserving winner was finally found.

The box of luxury goodies had been up for grabs during a conference attended by members of Howick Pakuranga Principals’ Association.

Delegates visiting the CrestClean stand at the event had a chance to win the hamper by entering their name into a draw.

The draw was made as the conference wrapped up – but instead of a teacher being the lucky winner, the hamper went to Shona Cawley, who works for Toshiba and was representing her company at the event.

Linda Hall, Crest’s Auckland East Regional Manager, takes up the story. “Soon after the even I received a call from Shona saying that, as a representative of a fellow sponsor of the event, she wanted to return the hamper so that one of the schools could be the winner.”

The situation left Linda in a dilemma of finding someone deserving of receiving the hamper. She eventually decided to drop it off to the principal of Pakuranga Heights School, where her grandson is a pupil. So after presenting it to Fintan Kelly, the story looked like ending there.

But Fintan had other plans. He decided to regift the hamper to Margaret Walker, a teacher at the school who had also won a prize at the conference.

“Margaret had won a wonderful interactive table and really had no option but to donate that to the school,” says Linda.

“Margaret was delighted to receive the hamper as her son’s engagement party was at the weekend and she had been asked to provide nibbles – so all taken care of now!

“So third time lucky, we eventually gave away the hamper to a very happy and deserving Margaret.” 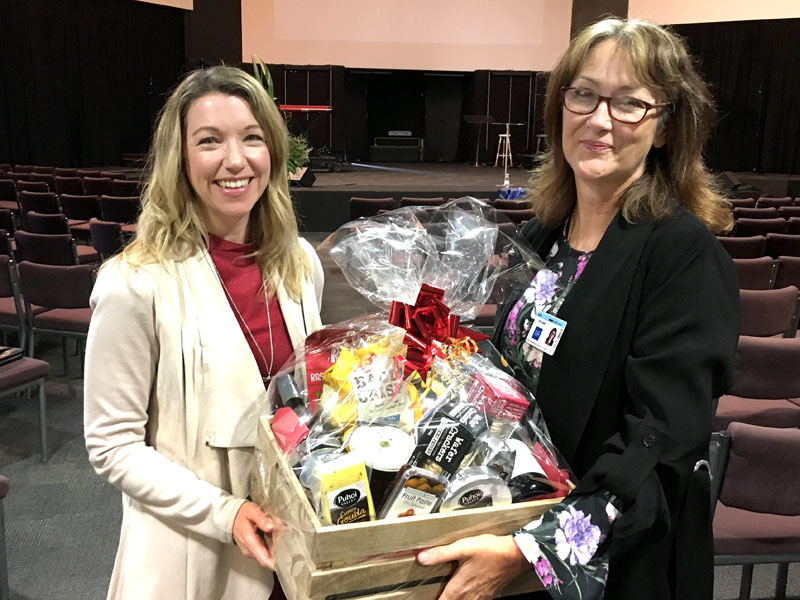