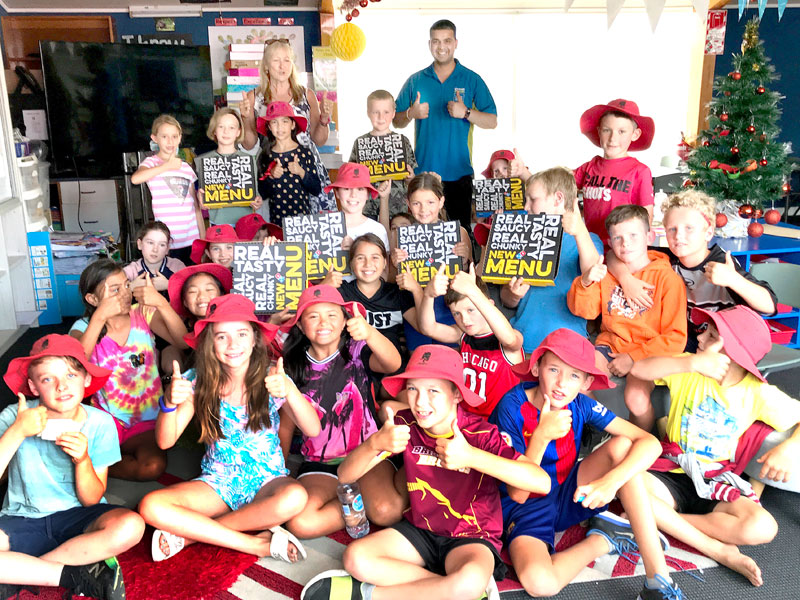 These Hamilton youngsters got swept up by the cleaning bug to win CrestClean’s Cleanest Classroom Award.

The Newstead School pupils tucked into pizza as a reward for keeping their classroom the tidiest.

For CrestClean’s Amandeep Singh, the effort put in by the youngsters to leave their classroom tidy means he can work more efficiently. Amandeep also had praise for teacher Lee Rattray in going the extra mile.

“She is really helpful and will put the chairs on tables so I can start cleaning the floor right away. We get on really well.”
The time saved means Amandeep can focus his efforts on extra cleaning tasks in the classroom.

The competition has been a big success and Lee says she’s really pleased with Amandeep’s work.

“He does an excellent job and we are really thrilled with him. I always have a clean classroom anyway, I don’t like a mess.”

Lee says it’s important to start the school day with a neat and tidy classroom. “It means a lot, especially in the mornings when parents are coming in and they can see everything is looking clean and tidy.”

She’s noticed that Amandeep takes pride in his work and goes the extra mile. “He’s very unassuming and always asks permission to come in to start the vacuuming.

“He works around us and he’s really good. If you’ve got something extra and mention it, it’s done.”

“Everybody likes him and he’s a hardworking and conscientious guy who has a good rapport with his customers.”