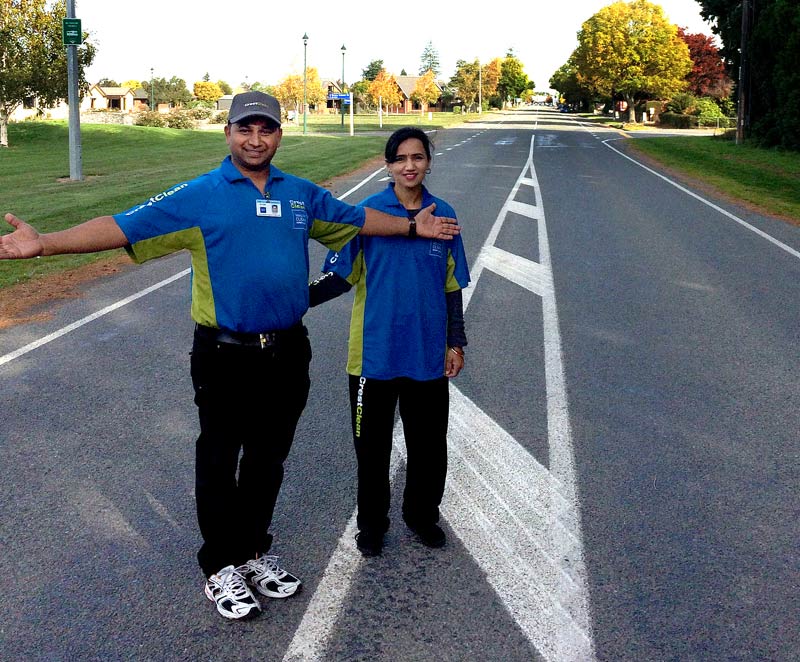 Husband and wife Sandeep and Richa Kumar say they couldn’t be happier after escaping Auckland’s ‘rat race’ for a new life in rural Mid Canterbury.

And the contrast between their old and new life couldn’t be more extreme.

Gone are the 4am starts, the battle with Auckland traffic on the daily commute to work and the hours stuck on gridlocked roads that added extra stress to their busy day.

Now they can drive to work in less time than it takes to boil the jug to make a cuppa at their new home in picturesque Methven.

Sandeep and Richa have moved south as part of CrestClean’s Move the Regions Programme.

Canterbury is one of the areas included in the scheme. The programme pays up to $3,000 relocation costs to help families settle to areas where Crest needs personnel.

And there’s certainly no shortage of work for Sandeep and Richa, who have been given a warm welcome by locals in the small township, which is nestled under one of New Zealand’s best ski ventures Mt Hutt.

“He has been looking for someone to take ownership of the school cleaning for a long time. He’s over the moon to have some people move into the community and be part of the community.

“When I spoke to him he said: ‘I’m going to ring all the other principals in the area and tell them they need to change to CrestClean because we want to give these people as much work as they can get’.”

Originally from India, the Sandeep and Richa, both aged 30, were working in Auckland when they decided to look at buying a business.

Each day Sandeep would leave their Papatoetoe home in South Auckland to drive Richa to East Tamaki for her job at Farmers Distribution Centre. Then he would battle the traffic to get to work at Auckland Airport for his job as a customer service officer.

His job involved monitoring the airport’s pick up and drop off parking area. He often stood in as a supervisor working 9-10 hours shifts.

“It was quite stressful at times dealing with people who didn’t follow the parking rules,” he said.

After his shift Sandeep’s commute would be reversed – but doubled in time as they would have to battle the traffic.

“Driving through the Auckland traffic in the evening was pretty stressful,” he said. “It was tiring after a day’s work. It was a lot of driving and time spent in the car.”

Moving to the South Island has brought some dramatic changes to their lives, he said.

“In Methven everywhere is within a five minute drive. We love the fact there is no traffic to worry about.

“It’s a very good location for us and the people here are very nice and friendly, not like in Auckland where everyone is pretty grumpy and over-stressed and caught up in the rat race.”

They love their new surroundings, the lack of traffic and the vista of the snow-capped mountains they can see while they drive to their customers.

At present they are renting a fully-furnished double glazed town house. Sandeep says the $260 a week they pay in rent doesn’t compare with the high rental costs in Auckland.

‘‘It has everything we need, including a heat pump, laundry and drier. We never had these sort of things in Auckland.

“If you were looking in Auckland a similar place would be at least 500-600 bucks a week,” he said.

Rob said there was plenty of opportunity of cleaning work in the thriving small communities in his area. CrestClean had plenty customers and the region growing.

“Down here we cannot understand why anyone would want to battle the traffic in Auckland. Here you can finish work and be home within five minutes.”

He said Sandeep and Richa were not missing the daily commute they used to endure in Auckland.

“These guys could not believe it when the other night we finished work at 8.30 and they were home at 8.31. It took them one minute to drive home.”

Rob described a typical day for Sandeep and Richa.

“Within two minutes of home they are at their first site, Methven Primary School.

“There they are welcomed into each classroom by the teachers as they are packing up for the day and then the Principal Chris Murphy pops his head in and with a hearty ‘hello team’ and a friendly smile greets Sandeep and Richa and asks if everything is ok. 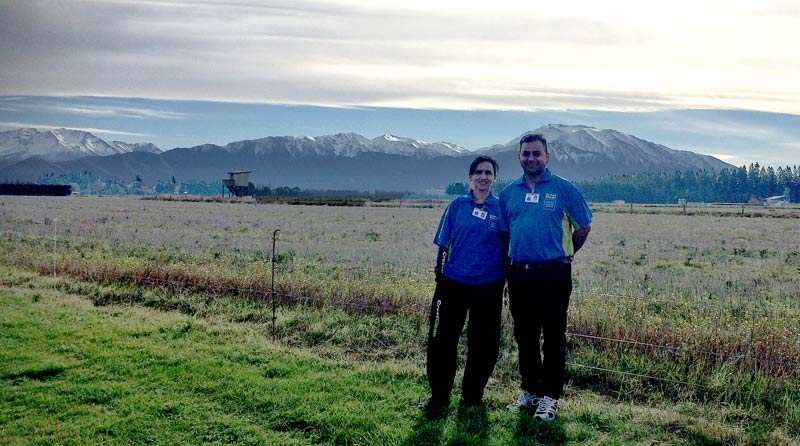 Sandeep and Richa love the views of the South Canterbury township as they go about their daily work.

It’s a total change from their former life in Auckland.