Spider spray keeps the spiders away 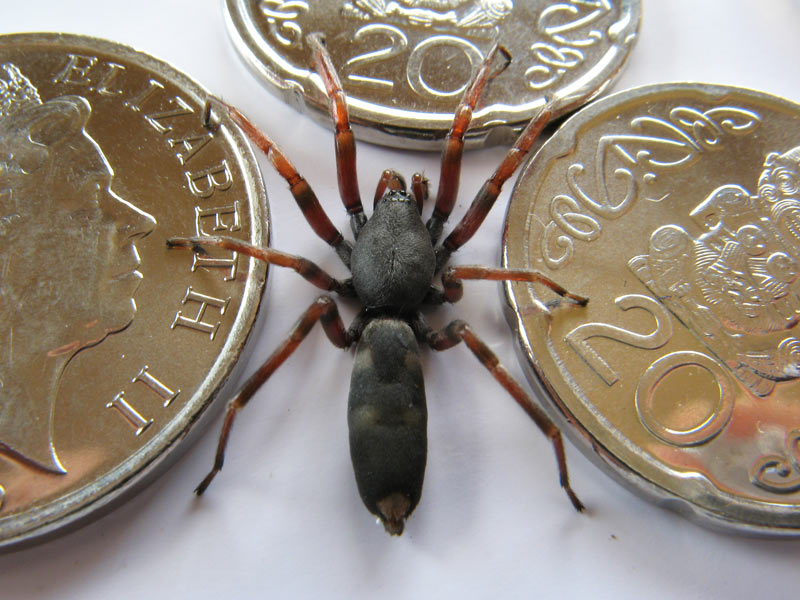 The white-tailed spider has a distinctive spot on its abdomen.

Arachnophobics in the Bay of Plenty have been warned to take action now to avoid being bugged by spiders this summer.

PestCo Technician Mike Wills says an exterior spray will prevent properties being inundated with spiders and will also stop a number of other bugs dead in their tracks.

“Warm conditions on the coast are ideal for spiders. You’ll see cobwebs on many houses in the Bay of Plenty.”

Public enemy number one for many householders is the much feared white-tailed spider. Although the spider is not venomous, bacteria in its saliva can cause a painful inflammation at the bite spot for some people who get bitten and develop an allergic reaction.
The white-tailed spider is seldom seen. It doesn’t produce a web of its own and its main prey is other spiders.

It is not an aggressive spider and only tends to bite if startled or threatened in some way. Experts say many of the reported white-tailed spider bites may not have been the species at all and are often a result of bites from other bugs such as mosquitos that then become infected.

“Bites from a white-tailed spider can leave a red itchy mark at the bite site. It usually goes away.

“For peace of mind and to keep white-tailed spiders out, it’s best to get your house sprayed for spiders before summer,” said Mike.

Prior to a visit by PestCo, people should clean outside of property first to get rid of cobwebs before a barrier spray against spiders is applied.

White-tails often set up home in people’s weatherboards, cracks in brick walls, under the eaves or in the corners of a house because their favourite food was the common black cobweb “house” spider.

“We spray outside and inside of homes around windows to stop the spider problem,” said Mike.

RECOGNITION
These dark grey spiders are 12-17mm long and readily recognised by their elongated body form and a distinctive white patch on the end of the abdomen. Pale patches are present on the sides of the abdomen in juveniles but these fade in adults.

WHERE FOUND:
Their preferred habitat is under dry bark and plants but will often be seen inside houses, where they look for shelter from the light, after hunting at night. The spider often hides in clothing, especially if it is left lying around on the floor.

FOOD
These nocturnal hunting spiders are unusual because they feed only on other spiders, preferring the grey house spiders, which build their zigzag webs on the outside of houses, on fences and car mirrors.

BITE DEBATE
White-tailed spiders do bite but will only bite if handled or provoked. In most cases the bite will cause little harm. 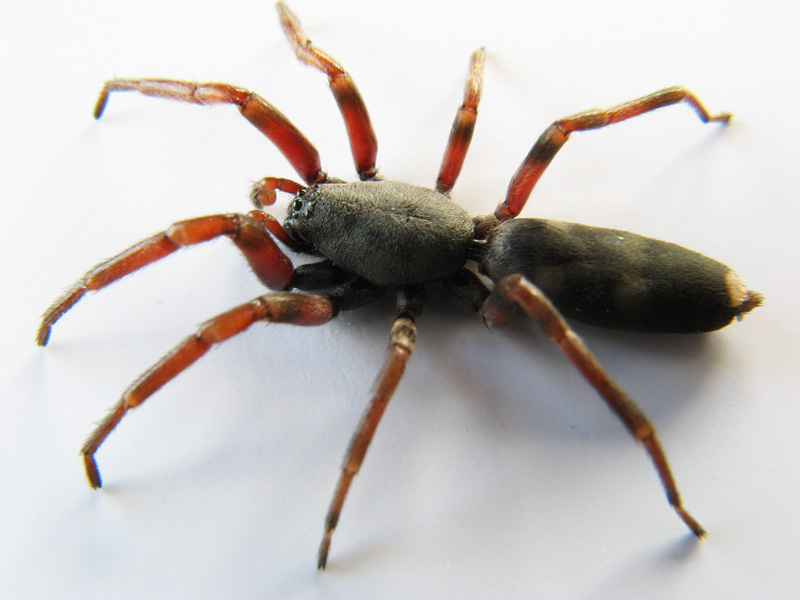 The white-tailed spider has a fearsome reputation.