New job after customer takes a shine to franchisee 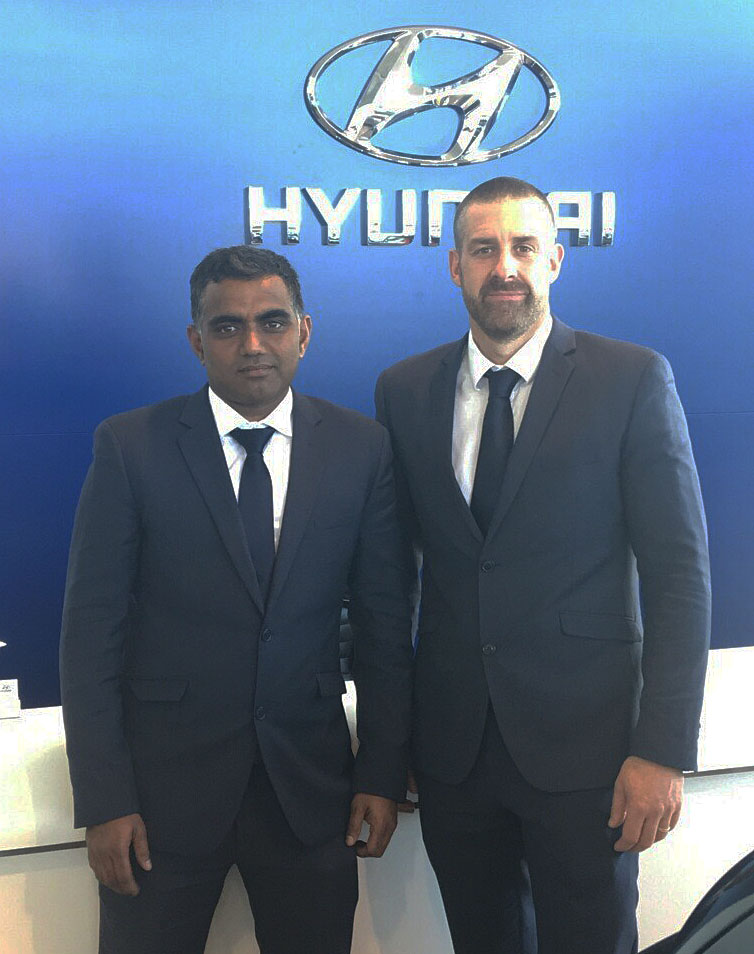 Bosses at Hamilton’s Ingham Hyundai have taken a real shine to CrestClean’s Lakshman Jetti in more ways than one.

Not only has Lakshman impressed everyone by his cleaning, he’s shown a real talent for selling cars.

After convincing several of his friends to purchase a Hyundai from the dealership, Lakshman was asked if he’d consider joining the team as a fulltime sales representative.

The ambitious franchisee polished up his sales skills and he now juggles selling cars and cleaning with aplomb.

If you turn up at the popular dealership in the daytime you’ll spot him wearing his stylish corporate suit but then after hours you’ll more than likely catch Lakshman in his smart CrestClean uniform as he gets cracking on the cleaning.

Lakshman quickly made a big impression at the dealership by his work ethic and personality while carrying out his work there for CrestClean.

He’d landed the cleaning contract for CrestClean after purchasing a vehicle at Inghams and then went on to convince managers they were in need of a good cleaner.

Nivitesh Kumar, CrestClean’s Waikato Regional Manager, said Lakshman has the right personality for sales and he was not surprised by the job offer.

“He has a good relationship with the dealership principal. He got several of his friends to buy cars. He knows how to talk and he got a very good deal for them.”

Nivitesh was impressed by Lakshman’s commitment to CrestClean and says he’s a great franchisee. “He’s a very on to it guy and he takes pride in everything he does.”

“Lakshman can do great deals for Crest personnel by beating any other showroom’s quote, which he has promised to do.”

Lakshman has been cleaning at the Hyundai dealership for three years. He’s still there for CrestClean and has other customers in Hamilton.