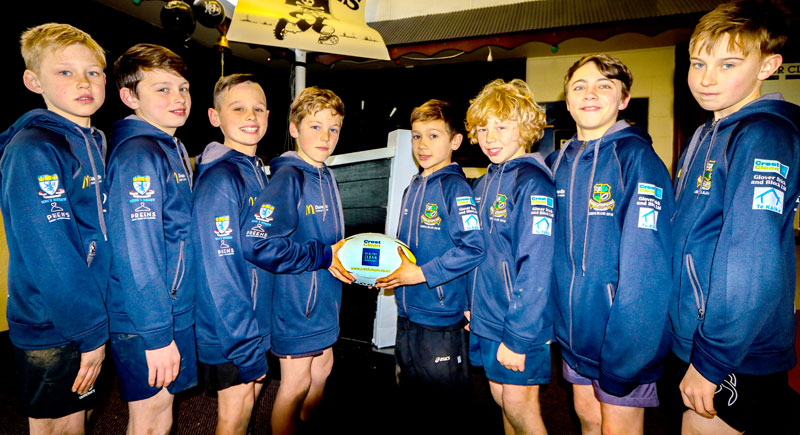 A CrestClean sponsored rugby team shone on the day as they rose to the challenge by winning a major tournament.

The young players won by 15-12 in final game after a stellar run of success, which saw them conceding just one game in the hard-fought Metro tournament.

Tony says it had been a nail-biting final, which was “far too close for comfort”.

“This is my second year being involved with Otago Metropolitan Rugby. Last year we didn’t quite get there and we finished second – but this year we finished first. I’m so proud of the team and it’s a great achievement.”

Sponsorship from CrestClean cushioned the costs to parents for their kids to take part, with donated cash and fundraising paying for the team’s distinctive strip.

“Our team had some fantastic sponsors, such as CrestClean, which has enabled these kids to take part without any costs to their parents,” says Nicky. “A lot of the other teams were not so fortunate, with some parents having to pay $150 so their kids could take part in the tournament.”

Nicky says the team gear has proved popular – on and off the field. “The kids will wear that strip with pride for years to come. Many of them wear their hoodies and their T-shirts every day to school and at rugby practice.”