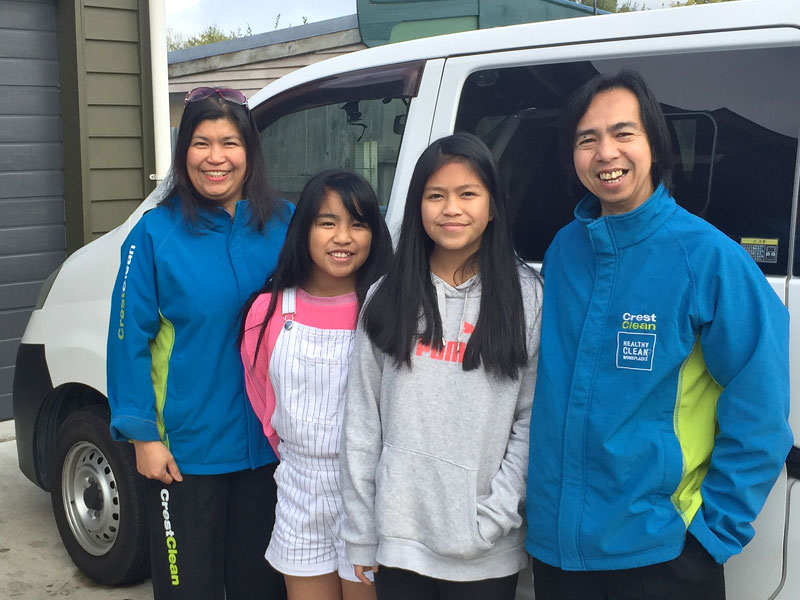 Janeth and Jonathan Luna with their children Jyra and Jaslyn.

When Janeth Luna left the Philippines to join her husband for a new life in New Zealand her first job here couldn’t have been more hands on.

She faced a steep learning curve that was more than a little out of her comfort zone. Milking cows on the Southland dairy farm was something the former secondary school teacher had to master – and quickly.

“It was a big change for me,” she recalls. “I went from holding pens to holding cows’ udders, it was quite an adjustment.”

Janeth had arrived in Invercargill in 2008, a year after her husband Jonathan, who made the move to New Zealand to take up a position of dairy farm assistant on a farm in Southland.

The past 10 years have been busy for Janeth and her husband. A turning point came in 2014 when they bought a CrestClean franchise. It’s through the success of their business that’s helped them to become homeowners, they say.

And recently the couple reached another personal milestone when they became New Zealand Citizens, attending a citizenship ceremony in Invercargill along with their two young daughters.

“It was a great honour for the whole family to become Citizens of New Zealand,” Janeth says. “It’s a big achievement for us and we are very glad.”

The couple were born in the Philippines and met while attending church as teenagers.
Janeth went on to study teaching and graduated from university to become a secondary school teacher. She taught in a secondary school before moving to a private primary school.

In the meantime, Jonathan studied for seven years before receiving his Doctorate in Veterinary Medicine. After graduation he stayed on at the university as a tutor for the next two years.

But it was when Janeth saw a New Zealand lifestyle programme on TV that gave her the idea to begin exploring their long term options. She could see the opportunities that would be there for them as a family if they shifted to New Zealand. They already had some friends living here and she convinced Jonathan that New Zealand was a land of opportunity and a great place to raise a family.

“My first impression was that this looks like a very peaceful country and a very clean country compared with the Philippines,” she says.

Janeth remained in the Philippines continuing with her teaching career and saving for her journey while Jonathan went on ahead. Eight months later Janeth made the move and they were reunited in Southland where they both worked on the farm together, milking 900 cows each day.

A decisive moment for the family was when they achieved their New Zealand Residency. It paved the way for them to then buy a business.

“After a lot of looking and discussions with friends, the decision was made to purchase a Crest franchise in Invercargill to help supplement the family income.

“It did not take long before they were in a position to start building their own brand new home in Invercargill, and several months later they were able to move in and start on the next part of life’s journey together,” he says.

“They could see the potential for success with Crest, and the next step was for Janeth to step aside from her day job and concentrate on their CrestClean franchise.

“Now four years on, they have expanded their business to more than three times their initial turnover value when they started with Crest.”

But Janeth says it has not been easy for them being separated from other family members. Back in the Philippines her mother requires dialysis treatment twice a week for a kidney complaint. Janeth and Jonathan have been contributing to the treatment costs for the past eight years.

“Family is everything” says Janeth, “We thank Crest every day for the lifestyle that we are now able to lead here in Invercargill, and the family time that we have together.”

Janeth says Invercargill is now home. “We don’t want to move anywhere else. We are happy to stay here. It’s a quiet place and the cost of living is quite minimal. The people are really friendly, I love them.”

The couple work seven days a week – but they have a reason for that. “We have a goal to pay off our mortgage as early as possible so we can relax a bit,” says Janeth

Meanwhile, they have just taken delivery of a new Nissan Van for their business. “The vehicle allows them to fit additional cleaning equipment sot they expand their business even further,” says Glenn. 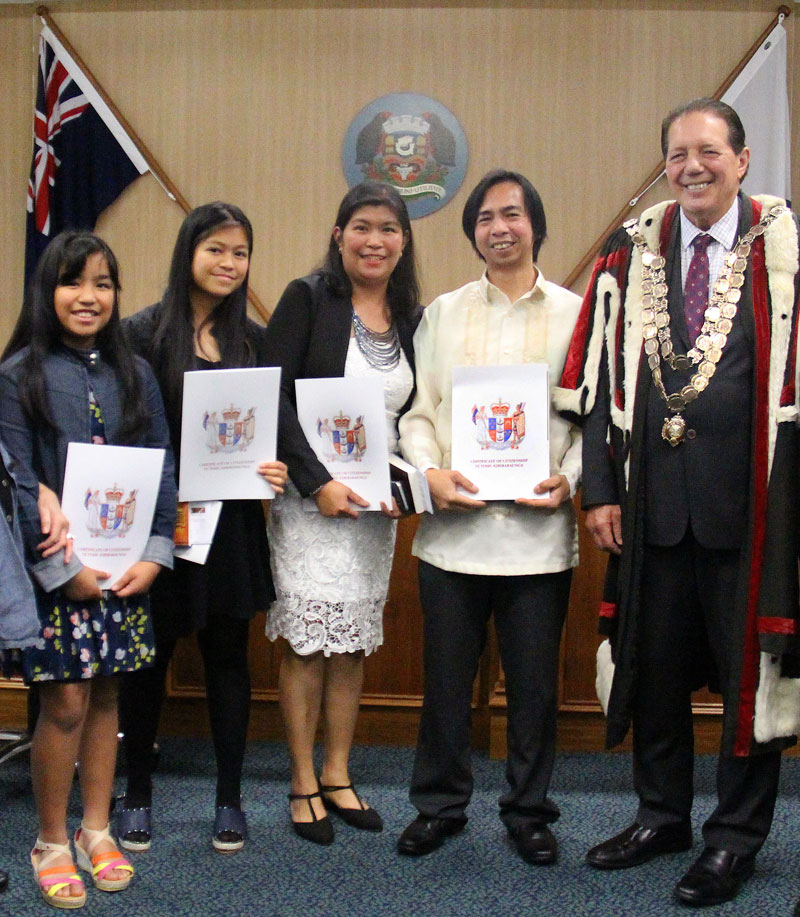