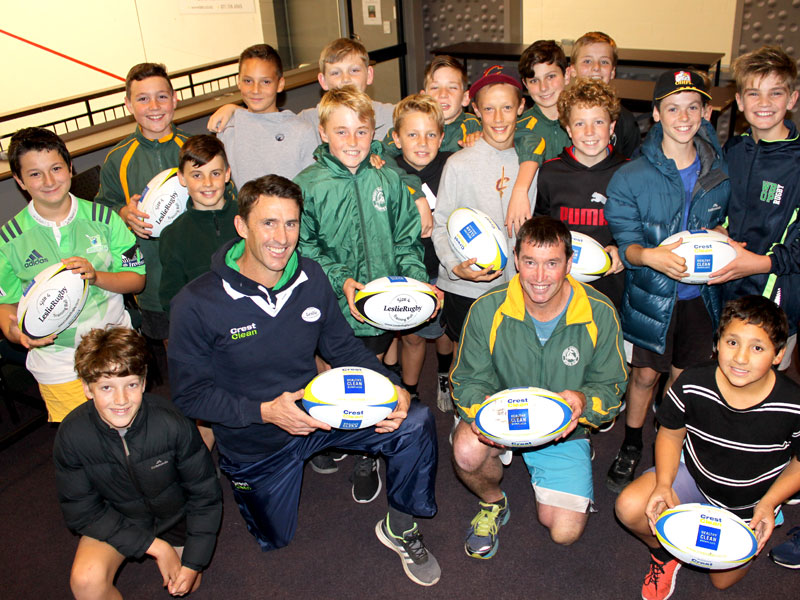 Rugby legend John Leslie was in demand when he dropped into Tauranga as part of his nationwide tour to boost the number of junior rugby coaches.

“It’s been really great for our coaches as some of them haven’t coached before. To have someone of John’s experience to help them is just great.

“Having someone to coach the coaches is what we need. John’s teaching programme is unique. Things like drills and tackling techniques is hard to coach and this will give our new coaches confidence of what to do and how to do it.”

John, who played 23 test matches, is touring the country visiting junior rugby clubs. Commercial cleaning firm CrestClean is sponsoring the 50 training workshops, which aim to get more mums and dads into coaching.

The event was also an opportunity for the Mount club’s under 12s team to get some hands-on tips from the rugby guru.

“They were really good kids and pretty excited about rugby,” John said. “I showed them how to improve their game but at the same time have a lot of fun as well.”

John aims to “empower” coaches with his tried and tested coaching method. “These workshops are all about giving volunteer rugby coaches a plan so they’ll never feel stuck or frustrated at rugby practice again,” he said.

“Junior ruby is very popular in the Bay of Plenty and we are pleased to support John in his bid to get more mums and dads involved in coaching.” 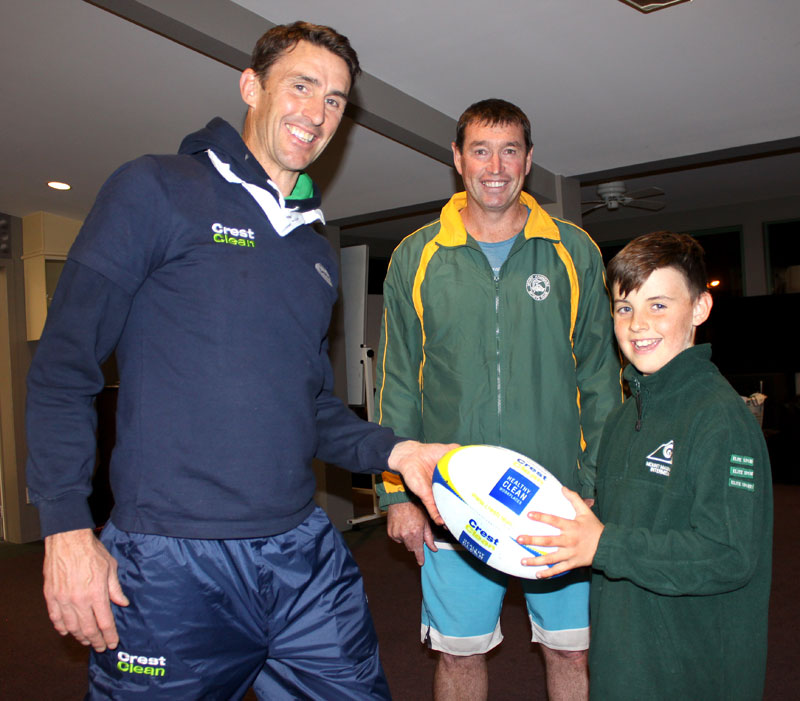