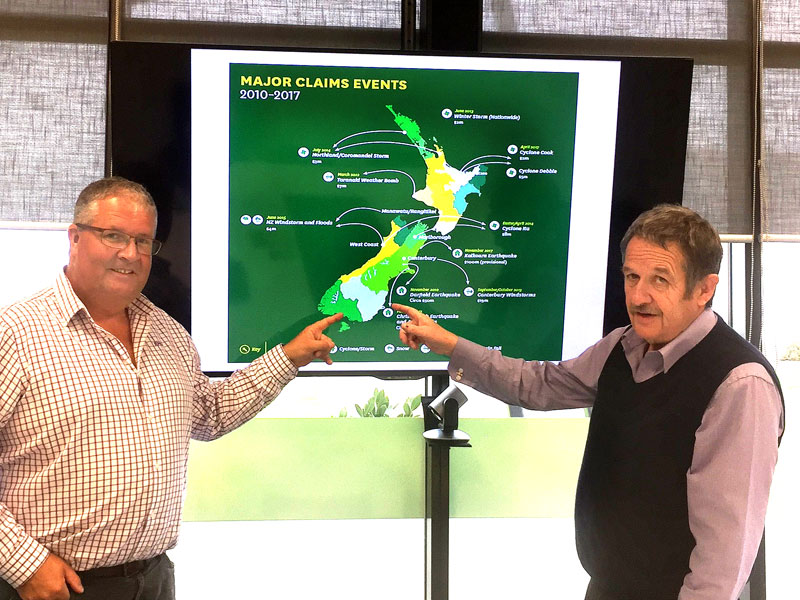 For CrestClean’s Glenn Cockroft, Southland rocks and is a great place to live and run a business.

A recent meeting he attended confirmed for him that statistically it’s also one of the safest places to be. Health and safety is an important touchstone for Glenn, CrestClean’s Invercargill Regional Manager.

When he joined the company it had been Crest’s philosophy, practices and processes around creating a safe working environment for its business owners and customers that resonated with him.

So when Glenn went along to a Chamber of Commerce business presentation, his eye was drawn to a map of New Zealand depicting the sites of natural disasters.

But when he looked closer at the map, which identified where earthquakes, major storms, and cyclones had been reported, he was taken aback. “Southland was showing as a clean slate,” says Glenn.

The business presentation has been hosted by Guy Taylor – Regional Manager for FMG Advice and Insurance. The company is not only New Zealand’s leading rural insurer but has been a customer of Crest in the Deep South for many years.

As part of his presentation, Guy put up a map that charted insurance claims for major events over the past seven years.

Glenn was rapped to see no major incidents reported in Southland.

“The figures also showed it is perhaps one of the safest areas of the country to live in,” he says.

“I’ve always said that Southland is a fantastic place to live – a good part of the country to bring up a family and an area with great housing that’s very affordable.”

Glenn has recently had a number of new customers signing up for CrestClean’s services. And he’s looking forward to more prospective franchisee’s seizing the opportunity to move to a safe place to own their own business, earn a great income and bring up their family.

He said he has had a number of franchisees move south to the Invercargill area, attracted by affordable housing and a secure income with CrestClean.

“Crest in Invercargill has had tremendous growth over the past seven years. I think it’s the best place to live and work,” he added.