Sky’s the limit for would-be franchisees 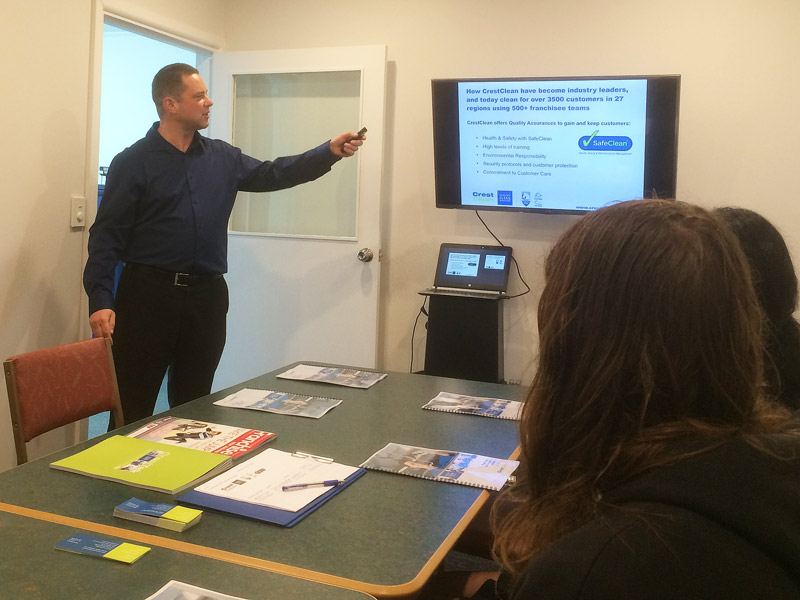 Chris Barker explains the franchisee system to attendees at the seminar.

Questions came thick and fast for Crest’s National Sales and Relocation Manager Chris Barker when he hosted a Timaru seminar.

Prospective franchisees quizzed Chris on a variety of topics after he highlighted the great opportunities offered by Crest to become a small business owner as the company goes from strength to strength throughout New Zealand.

“Some very good questions were asked on the night,” said Chris.

“People wanted to know how the structure of Crest works and particularly the training and how that works.”

Seminars, which are held throughout New Zealand, run for approximately one hour and Chris covers what is required to become a franchisee and he also gives brief history of CrestClean and the company’s vision.

After Chris completes his presentation there is the opportunity to sit down one-on-one with the local Regional Manager to discuss questions in more detail.

Chris said people at the Timaru event were pleased to find that Crest offers business stability and a long term commitment, giving franchisees peace of mind of having a regular income.

“I’ve had franchise prospects asking me if they have to buy another business in 12 months’ time.

“They are pleasantly surprised when I go through it and explain to them that they’ve actually got a business for 10 years.

“We were able to provide reassurance around the fact it’s a 10-year franchise agreement and there’s the right of renewal after that time. And that’s a powerful thing for people who aren’t familiar with the business structure.”

Chris said people were reassured by the fact that a person buying a Crest franchise could expect to grow their business and there was plenty of opportunity to expand and diversify into different areas with Crest, such as Pure Water Window, Cleaning, Carpet Care and Hard Floor Care.

“One of the key things I explain to them is that when they buy a franchise they are building an asset.

“It’s totally different than being an employee where you don’t have anything at the end to show for it.

“We give them real world examples of how the business works so they can have confidence in their future.”

Many franchisees have joined CrestClean as part of the company’s Move to the Regions Programme.

The programme provides people who would like to own their own business with an opportunity to relocate outside of Auckland and Wellington.

Crest contributes towards relocation costs to help families settle outside of the country’s major cities.

Families can exchange the fast-paced lifestyle and expensive house prices for a comfortable one with cheaper living and more opportunities, and CrestClean gets much-needed personnel in the smaller regions to service its ever-increasing customer base. 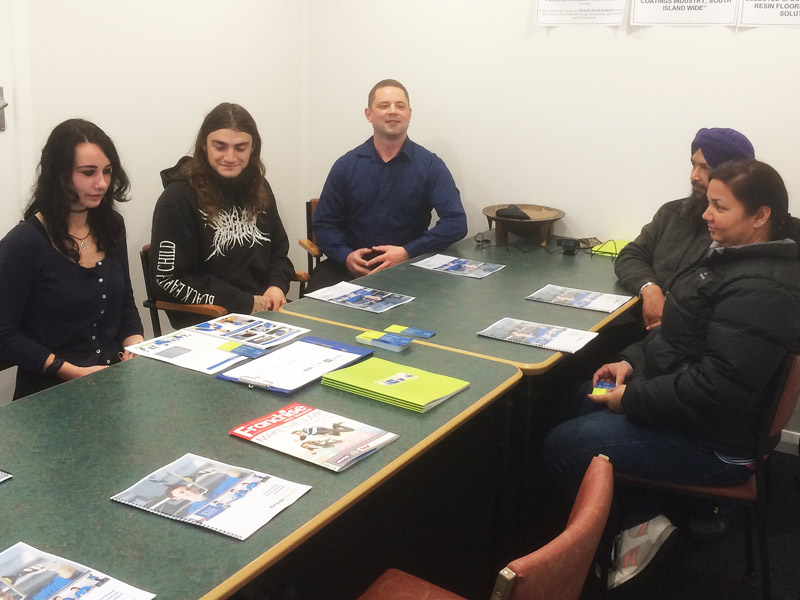 There were plenty of questions for Chris Barker, Crest’s National Sales and Relocation Manager, at a seminar for would-be franchisees in Timaru.