Taranaki’s on the Crest of beauty and business wave 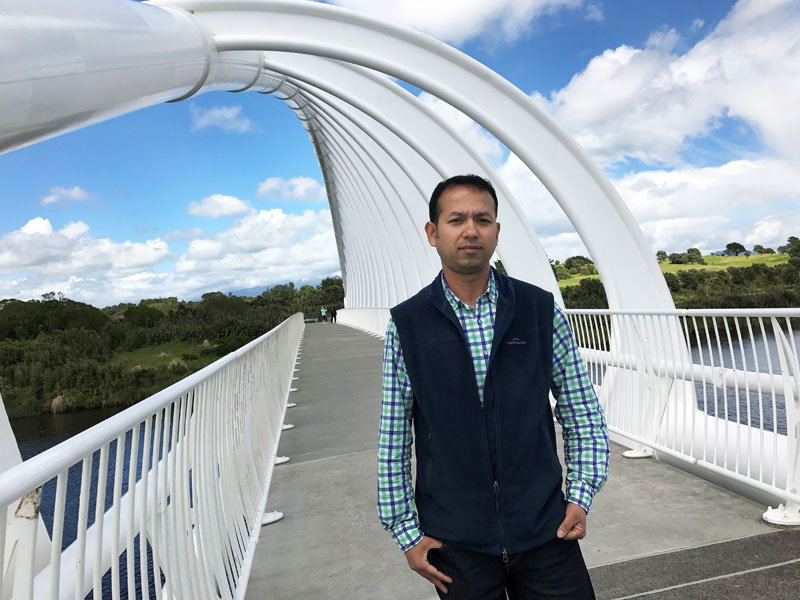 Prasun Acharya’s surprised it’s taken so long for the rest of the world to find out what people in Taranaki have always known – the region is one of the best.

Taranaki has come in second in a list of the world’s top 10 regions, according to renowned travel publication Lonely Planet.

“It’s a beautiful area to live in,” said Prasun, Crest’s Taranaki Regional Manager, adding it was also the perfect place to buy Crest franchise for people looking to have a business in a picturesque and “affordable’’ part of New Zealand.

“On one side you have the mountain and the other side is the sea. Whenever you’re driving the scenery is just beautiful.”

Taranaki comes in behind Choquequirao in Peru, but ahead of internationally renowned areas such as the Azores in Portugal, picturesque North Wales and stunning South Australia, according to the Lonely Planet rankings.

New Plymouth’s landmark Len Lye Centre is named by the travel guide as one of two unmissable experiences and is labelled Taranaki’s answer to the world famous Guggenheim in New York.

The other big attraction for Taranaki was the Pouakai Crossing, which the travel guide says is a fresh alternative to the Central North Island’s “overburdened” Tongariro Crossing.

Pukekura Park, which is the “Mayfair” on New Zealand’s Monopoly Board, and Surf Coast Highway 45 are given special mention by Lonely Planet, as is New Plymouth’s “moderately lively” shopping and dining scenes.

Lonely Planet repeats the old joke that claims most travellers who reach Taranaki have taken the wrong turn. But it says the region’s new tourism motto – A Little Bit Out There – “offsets the region’s remote location”.

And the guide goes on to say the region’s natural assets have long been envied.

Prasun says the Lonely Planet’s accolades makes him feel proud to live in Taranaki – but there were other great things about the area apart from its scenic beauty.

“The people are amazing. They have a big heart and are very helpful.

“It’s a lovely place to raise children and the schools here are very good. The housing is very affordable compared with many other parts of New Zealand.”

A relatively new region for Crest, there were lots of opportunities for new franchisees, he said. They included Carpet Cleaning, Hard Floor Care and Pure Water Window Cleaning.

“It’s a growing area and there is plenty of work for people who want to join Crest,” he said.

Knowing the region well, Prasun has been able to pave the way for families to settle into the region.

“We are here to help them in any we can. Recently we were able to find a new franchisee a rental property for their family.

“We listened to our franchisee and asked what kind of house they wanted to rent. Based on location, we knew what would be a suitable area in terms of where to live and being close to good schools.”

And the region is a playground for those looking to kick back after a hard day’s work, said Prasun.

“There’s lots of hiking and biking, kayaking and lovely places to visit. It’s just a beautiful part of New Zealand.”

Taranaki is an area being promoted by CrestClean’s Move to the Regions Programme.

The programme, which started in 2011, provides people who would like to own their own business with an opportunity to move outside of Auckland and Wellington.

Crest contributes towards relocation costs to help families settle outside of the country’s major cities. Families can exchange the fast-paced lifestyle and expensive house prices for a comfortable one with cheaper living and more opportunities, and CrestClean gets much-needed personnel in the smaller regions to service its ever-increasing customer base.