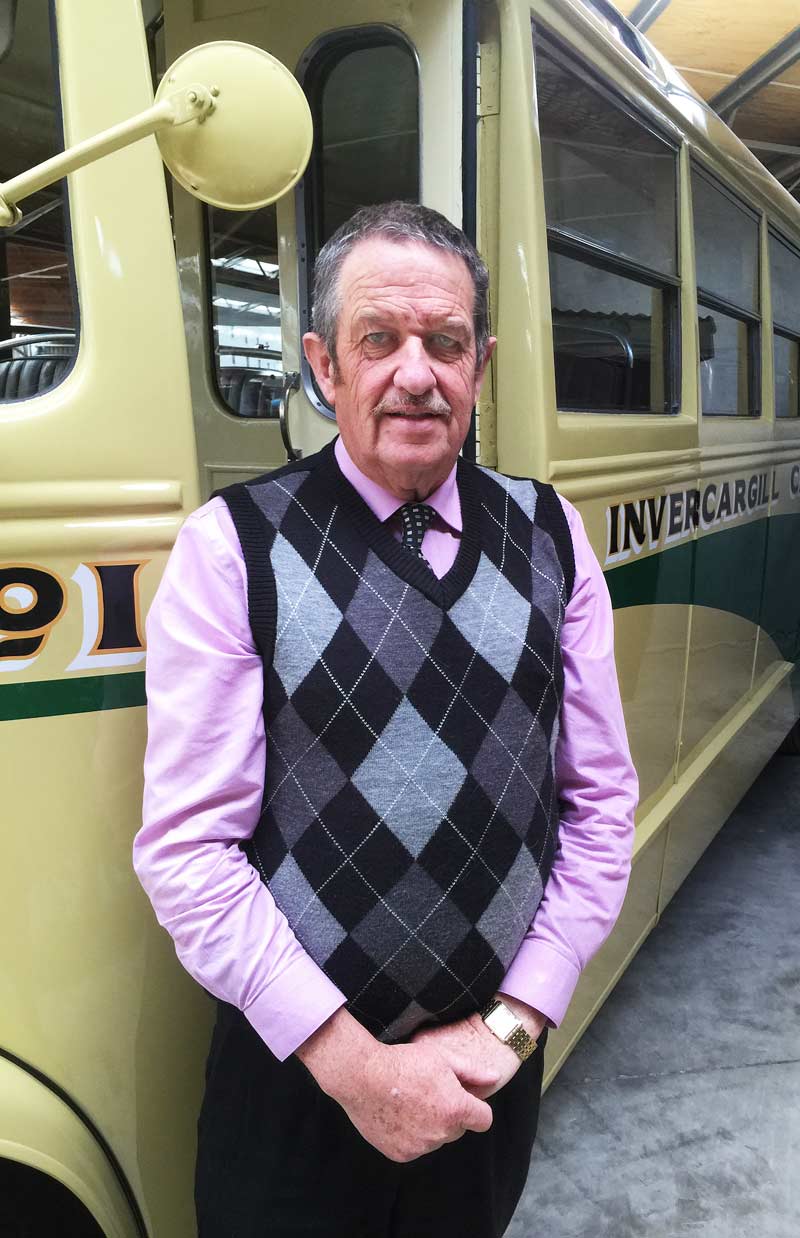 Glenn Cockroft with Invercargill’s first city bus, now housed at the Bill Richardson Transport World, which is one of Crest’s customers.

When Glenn Cockroft started with Crest in Invercargill six years ago there were just six franchises.

Today that number has grown to 32 franchises, involving more than 70 personnel. Many franchises are husband and wife businesses, often involving other family members.

Glenn, CrestClean’s Regional Manager, says the area is booming and he has seen the company’s turnover in his area increase seven fold over the time he has been with Crest.

“One of the reasons we succeed here is the quality of the people that we now have as franchisees.

“Through the training provided by Crest and the Master Cleaners Training Institute, we are able to provide a really great service to our customers.”

Invercargill is not only an attractive place to live with plenty amenities, it’s also very affordable in terms of housing, said Glenn.

“During the past six months three franchisees have purchased new homes. For about $260,000 mark you can buy a three or four bedroom home

“House prices here are realistic compared with Auckland prices. People here can afford a nice home without having to work four different jobs to pay for it.”

Glenn says many different nationalities are represented among the franchisees.

“We are a league of all nations but we do have a strong presence of Filipinos among our franchisees.”

Many Filipinos have moved to Southland to work in the dairy industry and have purchased a Crest franchise to provide additional income, said Glenn.

“They are hard workers and many have come here to provide a better life for their families. They’ve arrived from the Philippines, which is a nation of 150 million people in land mass probably no bigger than New Zealand.

“They come to Southland where things are a little laid back and we don’t have the hustle and bustle of big cities. They are well educated people and work extremely long hours to gain an income to provide a better way of life for their kids.”

Glenn says that a number of his franchisees who are from the Philippines are well educated but have been unable to get employment in New Zealand in the profession they had worked in before emigrating here.

“I have school teachers as well as four veterinary surgeons, a university lecturer and some nurses.”

Chris Barker, Crest’s National Sales and Relocation Manager, said Southland was an ideal place to live and urged people to check out the company’s Move to the Regions Programme.

The programme provides people who would like to own their own business with a chance to relocate outside of Auckland and Wellington, with Crest contributing towards relocation costs.

“It’s a great part of the county to live and the people are well known to be welcoming and extremely friendly.” He said.

Chris highlighted the many advantages the area had to offer, including the zero fees tuition programme for students at enrolled at Invercargill’s Southern Institute of Technology.