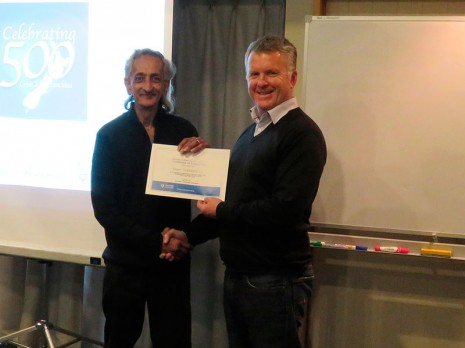 British Institute of Cleaning Sciences (BICSc) training certificates were among those presented to franchisees at the Central Otago team meeting.

The meeting was held at the Golden Gate Lodge in Cromwell on August 25.

James says the team meeting provided franchisees with a great overview of the last 12 months.

“It was great to catch up with Managing Director Grant McLauchlan and the franchisees found the presentation helpful,” he says. “It was well received. There was a real sense of pride after Grant announced Crest had reached 500 Franchises. What an achievement! Everyone was pleased to be part of that.”