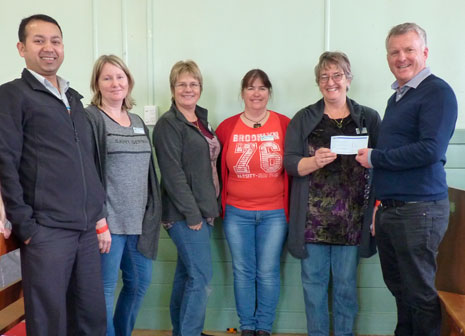 Waitara Central Kindergarten is extremely grateful to Crest for their support after they received a $500 cheque to help rebuild their playground.

Severe flooding caused extensive damage to the kindergarten and playground in July.

“We started cleaning their kindergarten before it was hit by flooding. It was sad to see all the damage that was caused,” he says. “They spent a long time fundraising for their playground. We decided to give them $500 to put towards it and to help them get back on their feet.”