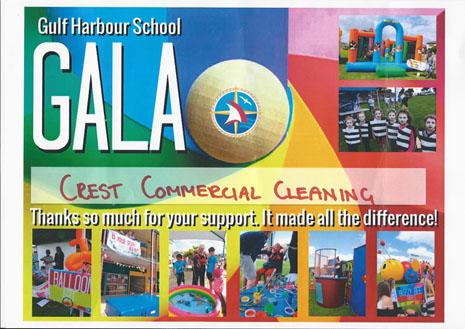 A certificate of appreciation from Gulf Harbour School to CrestClean.

CrestClean North Harbour chipped in for a local school hoping to raise funds to upgrade its playground equipment, gardens and shade cover.

Held on the 1st of November at the Gulf Harbour School, the Gala was an inaugural fundraising event for the primary school. Organised by the local PTA, the day included food, drink, live entertainment, raffles and prizes, rides and games, such as Snag Golf, which CrestClean North Harbour hired. Tickets were sold to play the game and all proceeds went to the school. 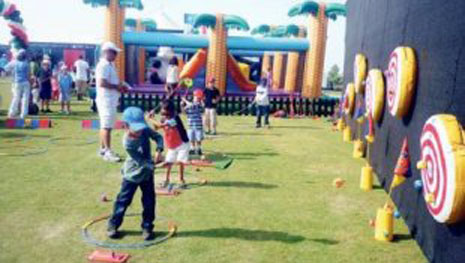 Kids enjoying the Snag Golf game, which Crest hired for the fundraising event.

“Even though the school is not one of our clients, they are in our community,” says Neil Kumar, Regional Director for CrestClean North Harbour. “We believe it’s important to help out a neighbour. That is what being in a community is all about.”

Several other local businesses also contributed funds and prizes for the charity auction, run by Ray White Manly. Overall, the Gala event raised over $20,000 for the school.

“This really helps many local kids,” says Neil. “We’re glad to have been able to help the school succeed in their fundraising effort.”