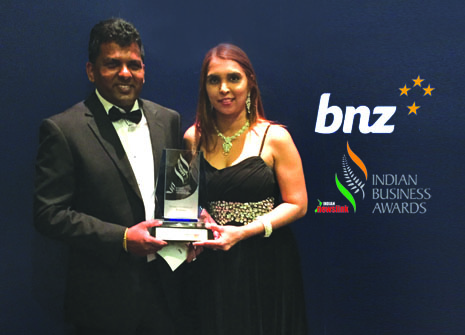 Viky and Nileshna Narayan with the Business Excellence in Marketing Award at the 7th annual Indian Newslink Indian Business Awards.

Congratulations to Viky and Nileshna Narayan, Regional Managers for CrestClean South and East Auckland, for winning the ‘Business Excellence in Marketing’ Award at the 7th annual Indian Newslink Indian Business Awards on the 24th of November 2014.

“It was a really good night,” says Viky, who has been Regional Director for CrestClean since 2008. “I was hoping that I might get one of the awards and it was just butterflies waiting for it to happen.” 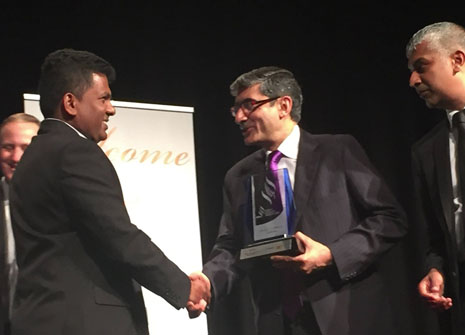 Originally from Fiji, Viky and his wife, Nileshna, purchased a CrestClean franchise in 2005 and quickly moved up to the role of Regional Director, overseeing the large South Auckland CrestClean customer base. In 2013, they added the East Auckland region to their business. They now oversee the operations of 75 franchises and 160 personnel providing commercial cleaning services for more than 350 customers in South and East Auckland.

For the ‘Business Excellence in Marketing’ nomination, Viky highlighted the two-fold approach to “selling” CrestClean that is required to attract new franchisees, as well as new customers. “Word of mouth is a very powerful tool in the cleaning industry, which helps me achieve both of these objectives. More than 90 percent of my surveyed customers say they would recommend CrestClean,” says Viky. “The more successful franchisees I have who tell their friends and family that owning a cleaning business can be a lucrative fulltime career, the more franchisees I gain.” Since becoming Regional Director, the franchisees in Viky’s region have experienced an increase in the sizes of their businesses and their gross profits, also noted in the nomination. 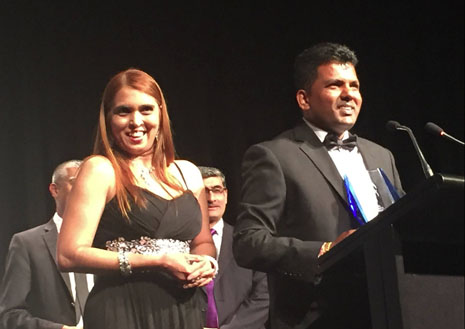 Nileshna and Viky Narayan in the spotlight.

The Indian Newslink Indian Business Awards Programme was launched in 2008 to lift the standards of Indian businesses that contribute greatly to the New Zealand economy and society. “Besides celebration of success, finalists and winners send a positive message to customers and attract new business, raising their profile. The entry process enables them to analyse their performance, understand market realities and plan for their future,” said Chad Wilkie, convenor of the independent panel of judges.

Managing Director Grant McLauchlan, was pleased to see CrestClean’s marketing efforts recognised at this national level. “Congratulations, Viky and Nileshna, and well done to CrestClean and the wider marketing team,” says Grant. “We are very happy to pick up this award and it’s an honour to be recognised for ‘Excellence in Marketing.’ Viky has shown amazing acumen and leadership within his business and truly deserves this accolade.” 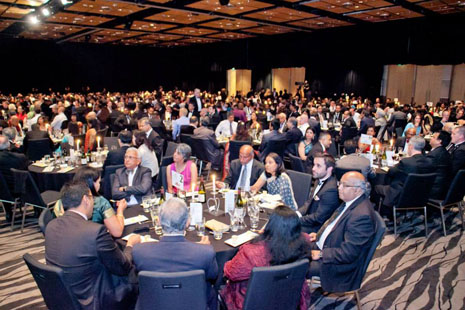