Own a Crest Business, Travel the World 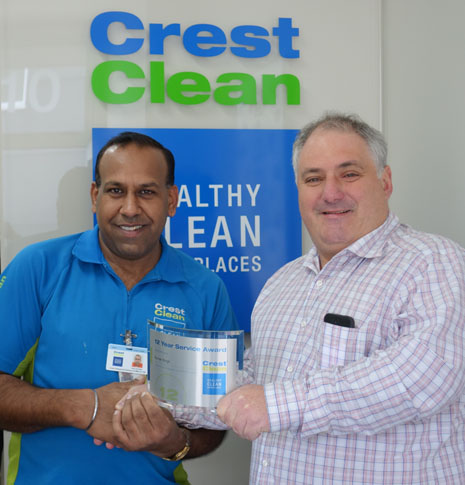 “I wouldn’t have been able to see the world,” says Kamal Jeet Singh, reflecting on his 12 years of owning a CrestClean franchise in Auckland.

In that time, he’s been to India, Malaysia, Australia’s Gold Coast, home to his native Fiji at least 10 times and this year alone he’s had holidays in Hawaii, Melbourne, and back to Fiji again.

“Through Crest, I feel like such a successful person,” says the man who had just $50 in his pocket when he first learned about CrestClean. He’d relocated from Fiji to Auckland and, with financial help from an aunt, decided to purchase a CrestClean franchise.

“At the time, no one was interested in buying a cleaning business, but now it’s like a hotcake in the market,” he says of the competitive Auckland region, where CrestClean’s office is managed by Regional Director Dries Mangnus.

Kamal is one of his longest serving franchisees. “It was only Auckland back then,” he recalls. “There was no South Auckland, East Auckland, West Auckland. And there weren’t many of the systems we have in place now.”

Within a couple of months of purchasing his franchise, Kamal became a trainer, helping other new franchisees launch their businesses. He’s now a Regional Trainer and also instructs for the Hard Floor Care course through Master Cleaners Training Institute, on top of running his own business with nearly $200,000 turnover and three employees.

Communication is the most important part of customer service, he believes. Noting that many of his customers have been with him for the entire 12-year stretch, he says, “There are 186 cleaning companies in the Auckland region and everyday they are knocking on doors looking for new business and my customers tell them, ‘No, we’re happy with Kamal.’”

Training is another part of the CrestClean model that he appreciates and which has a positive effect on his business. “I really want to thank the Crest Team for that. Even after 12 years, there are still things to learn and new techniques.”

“It’s made me a successful businessman. I’ve made a lot of money,” he adds. “I bought a house in 2005. I’ve had many holidays because that’s what I decided when we started making money – we need a holiday.”

Kamal lives with his wife, two children, and his mother, and has convinced seven of his family members to buy Crest franchises, too. “Some of them are running very successful businesses. Compared to other companies, Crest is the best!”

Congratulations, Kamal, on 12 years with CrestClean!